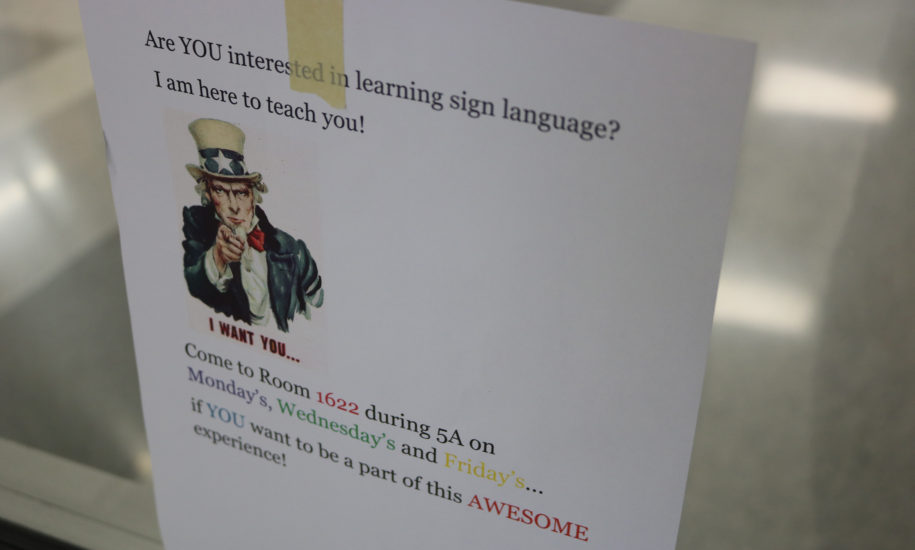 Senior provides an opportunity for students to learn sign language

There is a language course for German, Spanish, French, Japanese and Chinese, but a language that was not found at North until recently is American Sign Language. It is not a course that is being provided, but rather a club.

The ASL club is the result of a student’s senior project. Senior Sierra Hollenbeck decided on creating an American Sign Language Club for her senior project. She wanted people to learn more about this great language.

“I thought it was interesting,” Hollenbeck said. “I thought people could learn more about it.”

At the ASL club students can learn so much for so many different reasons as mentioned by the teacher sponsor, Mrs. Robinson, who helps run the club.

“It helps students who need to learn American Sign Language; if they have a hearing loss or they’re deaf or they just want to learn it as another a language, they can always use it for that,” Robinson said.

Hollenbeck believes students should attend her senior project because of how entertaining it is.

“It’s interesting and fun,” she said.

Everyone is invited to attend and participate in Hollenbeck’s club for ASL. The ASL club is every Monday, Wednesday and Friday during 5A in room 1622 for anyone who is interested.