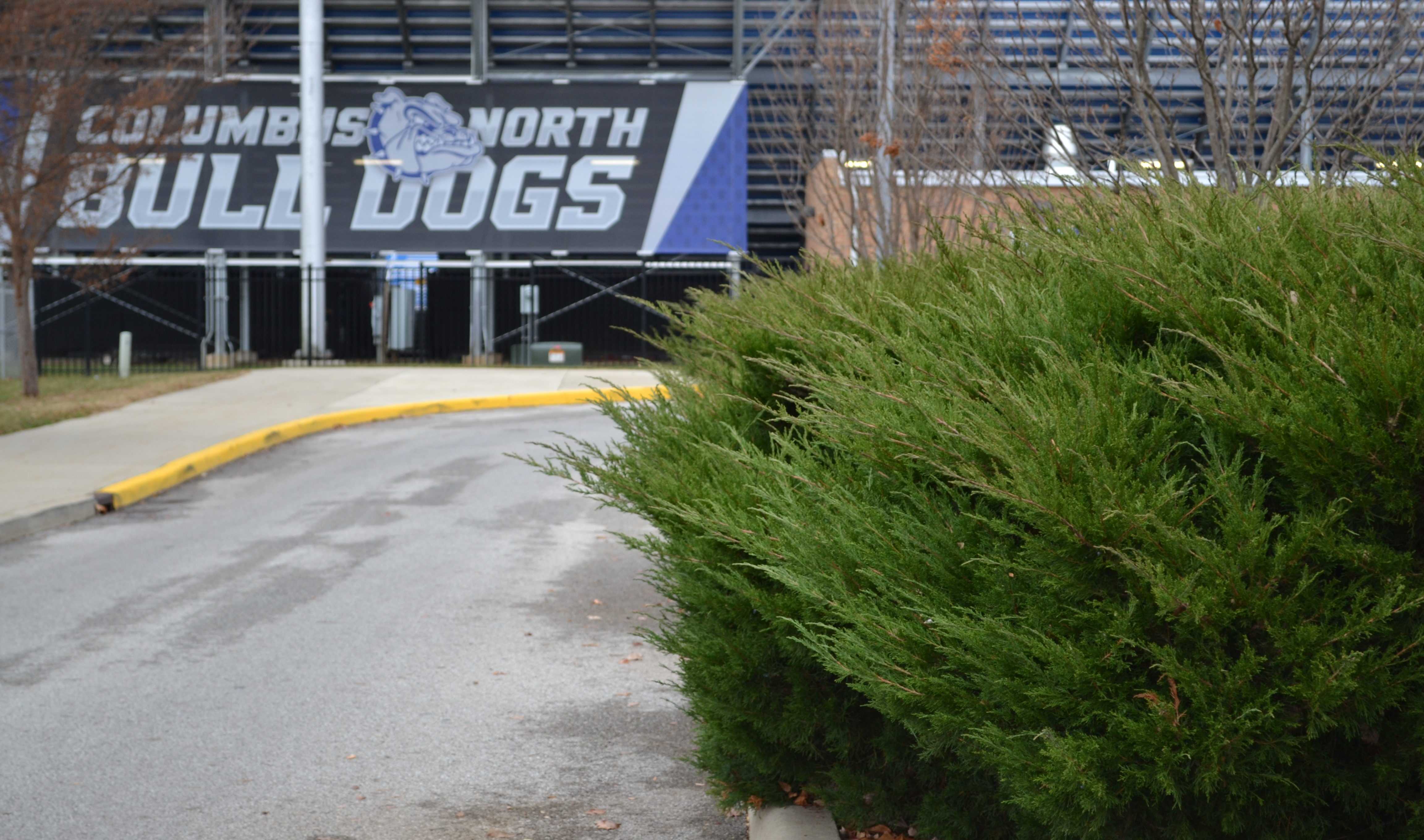 Sayonara! Adiós! Au revoir! Columbus North is getting ready to say good-bye to the bushes dividing the student parking lot from the teacher and visitor parking lot. The reason?

“The bushes are a problem because I drive myself, and a lot of times when you’re pulling out of the school parking lot, the bushes obstruct the view, which makes it dangerous because there could be cars coming from the other side, but you don’t get to see them. Mostly, it’s a public safety concern,” senior Saprabh Kanth said.

Kanth is the co-founder and co-president of Nature Conservation Club, which is working to deal with the bushes.

“We’re going to remove them for now and we will be replacing them with some smaller plants. That way, we still have plants there, but they will no longer be an issue,” Kanth said.

Kanth also commented on the progress the club has made on their plan to replace the bushes.

“We have purchased plants that we have put in some classrooms. Right now, we can’t plant them outside because it’s extremely cold, so what we are doing currently is we’re growing them in our teachers’ rooms. Once it’s springtime, we will be going and planting them outside,” Kanth said.

Besides working on the bushes, Nature Conservation Club has other projects planned, as well.

“We’ve also purchased some small Christmas trees, and we’re making a display outside right before Christmastime. That’s just kind of a little thing; it’s not really completely nature-related, but it’s a nice thing to just have out there in the courtyard. We got some money from the Courtyard Club, which was discontinued, so we want to go ahead and give back to that,” Kanth said