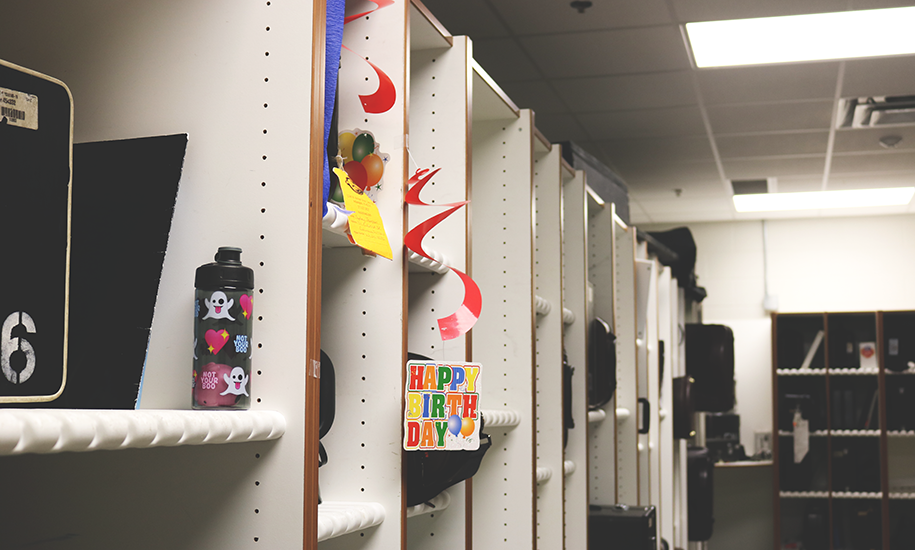 Whilst preparing for an upcoming marching band competition on October 21st, band members unknowingly fell victim to a break-in as a person of unknown identity stole a variety of student belongings from bags held within the instrument storage room. Juniors Alyssa Curry and Miranda Heiland both share their experiences of the break in and its effect on them and their fellow band members. Thus, as initially explained by Curry, the incident was primarily uncovered through confusion.
“I looked for my bag because it had a lot of important stuff in it like my phone and permit you know. And so I looked for it and kind of freaked out because I thought I left it on the field or something and I told a friend who told a parent and then after we went through the whole ordeal of talking to the parent other people started coming to the parents and the parents started figuring out what was going on and what was happening. So when they called the police at first I was really worried because I thought it was my fault you know like maybe I lost something and I’m telling the police something that might not be an actual emergency. But I found out that it was actually a theft when I started going in and there was lines of people telling the police officer what was gone and what was missing,” Curry explained.
Soon after the truth unfolded, the effects became evident towards those impacted.
“They [students] didn’t have any money. Their credit cards were gone. They didn’t have their phones or their keys, so they couldn’t drive home and they couldn’t call anyone to take them home,” Heiland described.
Band directors and local authorities sought answers through the means of security footage.
“They checked the video cameras at the school and what they did was they found the debit cards that were used at shops. So the police officers were using the cameras at the school and the cameras from the places that the person went to see if somebody has been there and apparently they found the person. The biggest thing is just finding where they are right now,” furthered Curry.
However even with the misfortune, some were able to find silver linings.
“I can’t believe that someone would want to come in and actually steal something but I feel if they needed what was in my bag, like if it was something important, maybe they needed food or they wanted clothes or something, I hope they got what they needed you know.” Curry joked