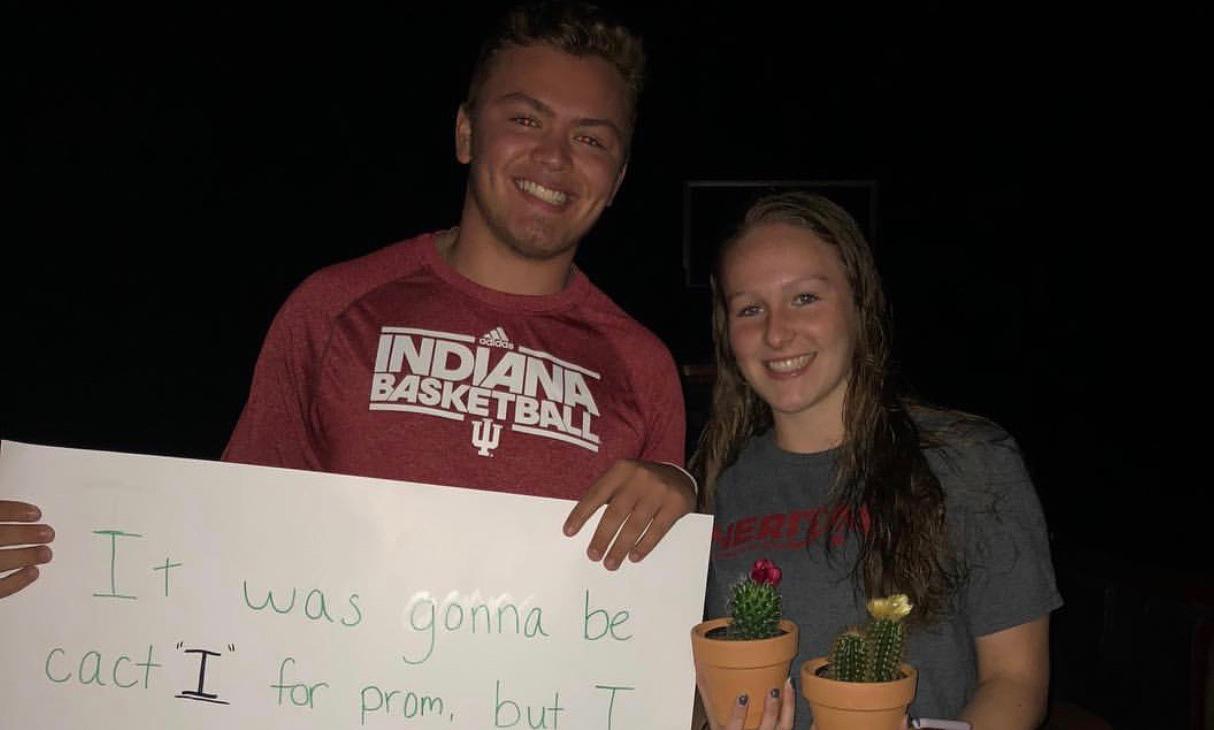 As she pulls into her driveway after a long day, she sees him standing under the light of her front porch. He has a big poster in his arms and a beautiful bouquet of roses in his hands. She gets out of the car and slowly walks up to him. The poster he’s holding says “Prom?” written in huge letters. This is one of those special high school moments that she will never forget.

For most high school teenagers, prom season is filled with posters, flowers, and cheesy puns. As the time comes, we have to think, how much does the “promposal” really mean? Junior Tanner Johnson was asked by her boyfriend to prom this year.

“My boyfriend made me a sign that said “It was going to be cactI for prom, but I was hoping it could be cactUS?”,” Johnson said.

Johnson had been dating her boyfriend for awhile, so she wasn’t completely expecting the “promposal”. They both knew they were going to prom together, but her boyfriend felt like he still needed to ask her in a special way.

“He bought me two little cacti in pots. I liked his “promposal” because I am from Arizona and I have always loved cacti,” Johnson said.

Different people have different ideas when it comes to asking someone to prom. Some boys go the cheesy, punny route, while others go the more romantic and meaningful route. Johnson’s boyfriend asked her in a sweet way by making it relevant to her life.

“I don’t think guys necessarily have to “prompose”, but it is definitely a cute gesture,” Johnson said. “It shows that they care enough to get creative and most girls like being asked in a special way because it’s more exciting.”