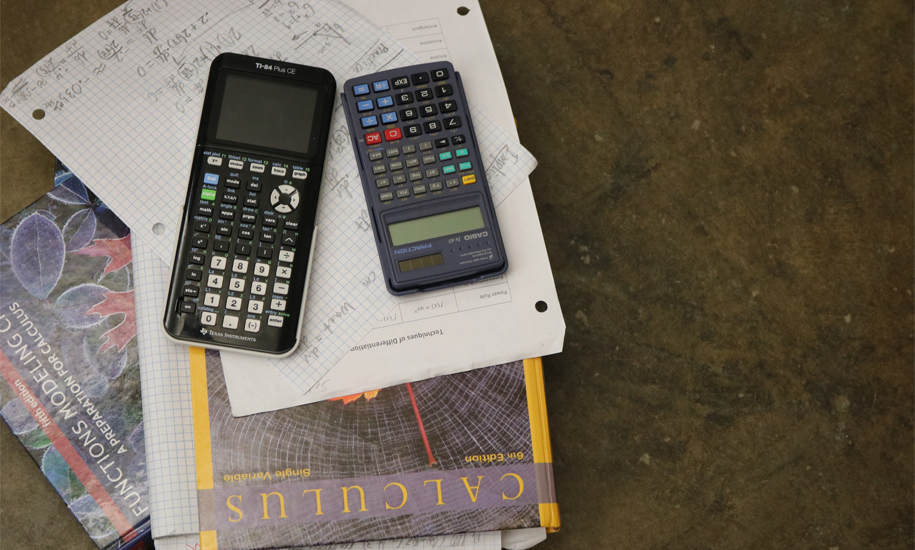 A Season for Numbers

“Basically it’s a math competition that happens every month for several months during the year, and what we do is we have 30 minutes to answer 6 questions. The first one is pretty easy, and as you go down the list, they get harder and harder,” Sophomore Vivek Hebbar, one of the regular high scorers, explained.

“[T]hese six questions…should vary on the level of hardness. Normally if it’s been an easy section, the next section will be hard, or vice versa,” senior Yijiang Zhao added in her description of the competition.

Indiana Math League is also a way for students to earn extra credit in their math classes.

“You get a point for going…and normally there’s always at least one question that’s just a giveaway, so that’s another point. And then you get a few more points, depending on if you can get them right, which adds up to quite a few bits of extra credit,” Zhao said.

In addition, Columbus North receives a ranking in the state for the competition.

“The top scores from the school are used for the school to compete with all the other schools around Indiana,” Hebbar said.

After each round, the top 5 scores of the school are added together, and this sum becomes the school’s score. As of right now, Columbus North has earned 21 points out of a maximum team score of 30. Last year, North placed third in the state.

“I hope we will do as well as last year. It would be nice to be in the top 5 of the state,” Hebbar said.

To help students boost their confidence and improve their scores, Zhao offered words of encouragement.

“ A lot of it, you don’t need a really, really good understanding of high math. You could get a five with mostly just algebra, and there’s always an easy way to all the questions. You can do all the questions without a calculator,” Zhao commented.

“Triple check all your answers, especially the easy ones, because it’s as easy to miss an easy question from a silly mistake than to not get the hardest question,” Hebbar said.

Both Zhao’s and Hebbar’s words can soon be put to use; Round 2 of Indiana Math League will be held on Tuesday, November 14.

“I would highly recommend this for all students. It doesn’t matter how good you are at math because there are easy questions and hard questions….It’s good practice, and it’s a lot of fun,” Hebbar said.