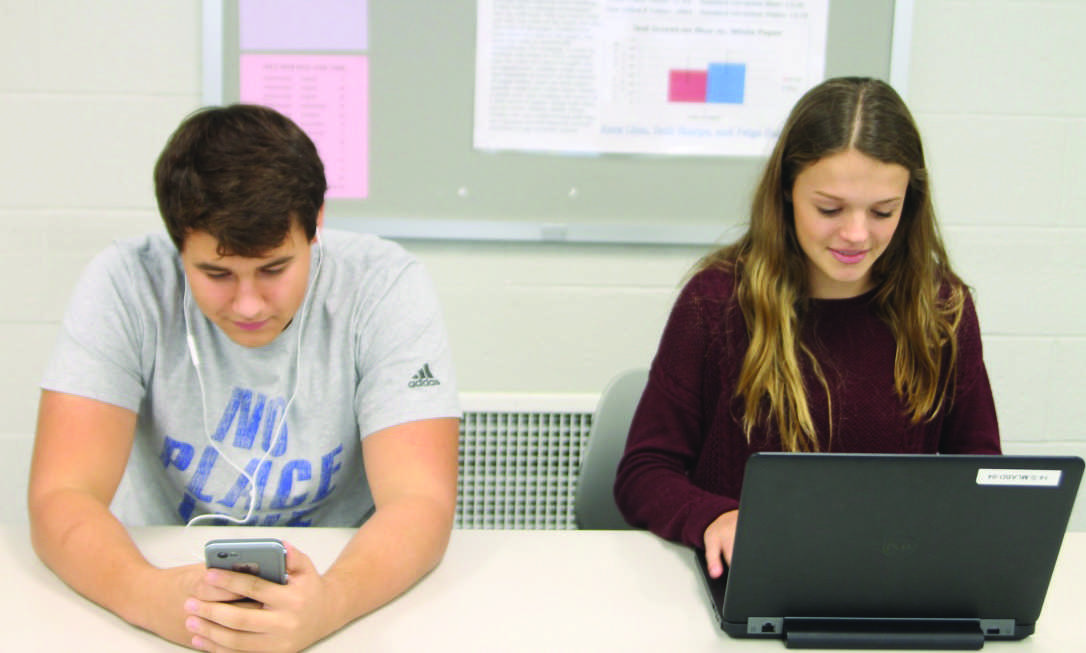 The students and staff at North use school computers and personal devices all day long. The WiFi connection greatly impacts their ability to get work done during the school day. Jon Pence, Mollie Bush-Nord and Chris Bradley, the BCSC Network Administrator, make up North’s technology department.

“The wireless system at North was originally implemented during the last major school renovation, which started in 2010 and lasted about three years,” the technology department said. “Since it was implemented, North’s wireless system has undergone many changes.”

The wireless system supports nearly 2,000 student devices, along with hundreds of personal devices. North’s technology team deals regularly with wireless issues and they have given some insight on the most relevant wireless problems that are being reported.

“We have addressed numerous issues since the original installation of the system. This school year North students, no matter their location, may have been impacted by wireless issues,” the technology department said.

The two major issues that seem to be affecting students are associated with Windows 10 and the mobile client. Windows 10 doesn’t always automatically connect to the network and the technology team is working towards finding a more permanent solution.

“In the meantime, students may need to check the network connection and click “Connect”. Remember to never click “Disconnect” on a wireless network, simply choose the other network and click connect. Also, make sure “Automatically connect” is always checked,” the department said.

Another issue students had complaints about was the mobile client. The mobile client is the software installed on school laptops that allows students to connect to WiFi at home. This software wasn’t working correctly due to a bug, however, in mid-September, an updated version corrected the problems.

There are certain areas around school that have better wireless connection than others. This can cause issues for teachers whose classrooms have bad connection.

“We are working to install additional arrays in room 1317, room 2301, and the junction between the 1300 and 1400 hallways. New cables have been ran and arrays will be installed soon,” the technology department said.

The best way to improve school WiFi is through the students and staff themselves. Everyone in the building needs to report wireless issues to the tech department.

“The worst thing would be for everyone to simply accept a problem as “this is just how it is” and stop notifying us,” the technology department said. “With some teamwork from everyone, we can make the WiFi at North much better.”