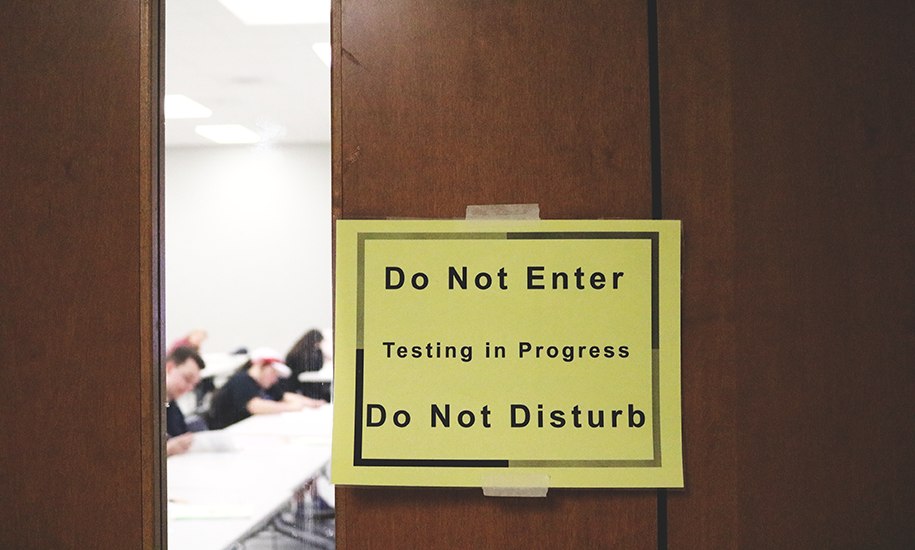 As the school year slowly inches to a close, students are caught in the chaos that the last month commonly entails. A whirlwind of testing and stress engulfs a majority of the student population, primarily those suffering from the strenuous weight of AP testing. As first time AP test takers themselves, Sophomores Claire Kim and Priya Subramaniam share their take on the AP test taking process and their personal motivation behind taking the AP exams.
“I took the AP test because I wanted to show colleges that I am taking rigorous courses and earn some college credit at the same time,” Kim explained.
However Subramaniam chose the AP route more due to personal and parental goals.
“The contributing factors that made me initially want to take the AP test were the passion to prove myself and my parents’ persuasion,” Subramaniam said.
Yet both alike prepared rigorously in preparation for the demanding test.
“Khan Academy had review materials for the AP Physics 1 test, so I used some of those. I also got a review book with two practice tests. After taking them, I wrote down all my errors and studied those topics right up until the exam,” Kim explained.
Another variable almost in equal importance to preparation, was a positive mindset when entering the testing environment.
“I kept a positive mindset and tried to convince myself that I would do well. The exam was stressful enough because I had to work quickly, and I didn’t need any negative thoughts distracting me,” Kim furthered.
Subramaniam seconded the need for optimism in the hopes of success.
“The most helpful mindset when going into the test was an optimistic mindset. I told myself that I could do it and that I have to fight for it,” Subramaniam explained.
However even with an optimistic mindset, the AP test in itself was constructed to challenge even the smartest of students.
“It was challenging because you had to apply the concepts you learned in class to different situations. I don’t work very quickly either, so the time limit was a struggle,” Kim said.
Furthermore through various factors, the AP test’s innate ability to challenge each student to their academic limits held true.
“The AP test process challenged me to push myself to my limits,” Subramaniam concluded.