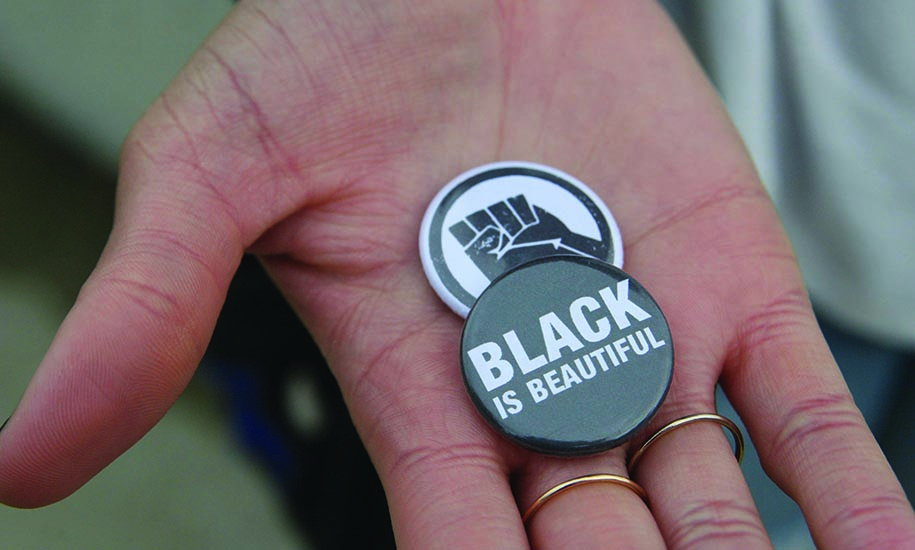 Black Lives Matter is an organization that was created in 2012 after the death of Trayvon Martin. Martin was a 17-year-old boy who was put on trial for his own murder after he was shot to death in a Sanford, Florida neighborhood (blacklivesmatter.com). Throughout the last four years, the Black Lives Matter movement has been seen on social media and in the news as more and more people become activists for the movement. According to colorlines.com, more than 50 percent of adults 18 to 30, from different ethnic backgrounds support the movement. Sophomore Nadia Lomax shares her way of contributing to the activism even with her limitations.
“I’m not as active as I would like to be in spreading awareness for Black Lives Matter. However, I feel like I’m doing as much as I can given the circumstances,” Lomax said. “Being the age I am is definitely a restraint. I can’t just get up and go protest things that are within driving distance. Although my sister, Mikala, has helped me with that part.”
Lomax and her sister have created their own business making pins. Pins are badges that can be fastened to clothes using a safety pin. Here, sports teams sell them to the parents with players’ faces on them. But, Lomax and her sister decided to create pins to support Black Lives Matter.
“The pins are mine and my sister’s way of activism,” Lomax said. “They’re a creative way to express things in general without having to follow a certain set of rules.
The sisters were also recently certified as their own business and plan to begin to sell their pins at festivals to spread awareness for the movement.
“My sister came up with the idea when she was working with a group at IUPUI,” Lomax said. “[We] make pins using a simple pin machine that’s actually fun to use. We do all types of things with them.”
Since Michael Brown’s death in 2014, more than Black Lives Matter demonstrations have taken place throughout the United States/ Demonstrations held in larger cities have attracted an upwards of 3,000 people or even more, while most demonstrations attract only a hundred or less people.
“We made the Black Lives Matter pins first because the idea was brought up when more and more police shootings and things popped up in the media,” Lomax said. “That’s when we realized shootings and unfair arrests happen more often than what the media portrays and we wanted to be the ones to bring that into the light. We also plan on doing things with LGBT+ equality, racial and gender bias and more.”
According to Black Lives Matter, it is a network of people who advocate for dignity, justice and respect. Lomax shares how she defines the movement.
“I would define this movement as a base of black people bringing to the attention of everyone (not just white people) that ‘hey, we matter too and what’s happening isn’t okay and we need to support each other.’”