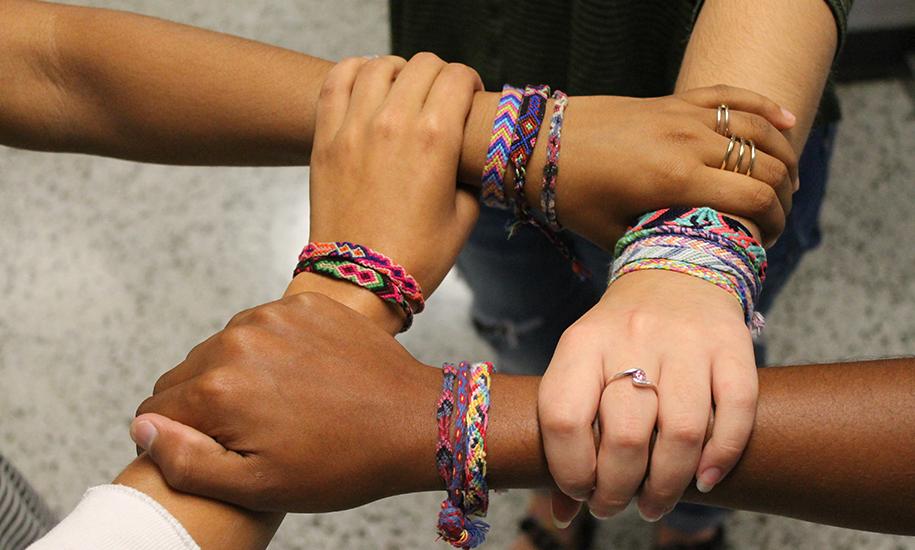 Tying together strings to create as many friendship bracelets as possible conjures up thoughts of lazy afternoons and summer camp friends. However, some students have decided to bring this fun activity into the school year as well. Junior Morgan Smith particularly enjoys crafting these bangles and applied to begin a friendship bracelet club at the start of the school year.

“I’ve been going to summer camp since I was seven and I really got into making friendship bracelets there,” Smith said. “I want to give people an opportunity to make new friendships outside of their normal friend groups.”

Smith has hope for the club, despite the fact that the trend has only recently started reemerging in popular fashion.

“All the people (at the meetings) are going to want to learn something new and build new friendships, so I think it’s going to be fun,” Smith said.

English teacher Mrs. McCarver is the teacher sponsor for the Friendship Bracelet Club and feels that the club is promising.

“I think it’s going to be a great community and a good place to meet new people,” Mrs. McCarver said. “I’m excited to get some friendship bracelets out of this too.”