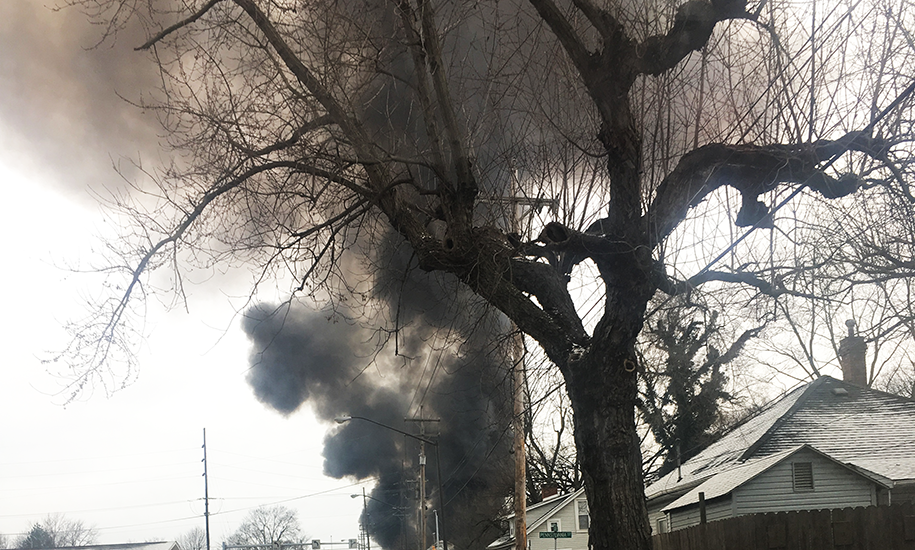 Carpet Store up in Flames

At 12:20pm 24 Jan, 2018, a fire was reported to 911. The Carpet Mania store and the adjoining CrossFit Retaliation buildings were engulfed in flames.

Owner of the 10th St. Carpet store discovered the fire, caused by an electrical mishap, at 12:20 and he and his 6 employees as well as 10 people from a CrossFit class were able to evacuate before anyone got hurt.

Students coming back from lunch were greeted with a large cloud of smoke billowing into the air.

“I was leaving Chick-fil-A and I saw smoke off in the distance. At first I thought it was a cloud, but then my friend said that it was a fire. I was in class with Mrs. Sanders and I told everyone about the fire. It’s crazy”, said Senior Cortez Bandy.

The cloud of smoke even became big enough to be seen from North.

“I was doing my work when all of the sudden I heard a siren. I looked over to my left and I saw a big fire. I recorded it on SnapChat and my friends started blowing up my phone.” I feel bad for the person and I hope they are okay.” Junior Brandon Nudi Said.

“My sister texted me from Northside and asked if North was on fire. She said they could see a black cloud of smoke but didn’t know from where”, added Freshman Lucy Beck.

The cause of the fire has not yet been released but Bartholomew County Emergency Management are asking people to stay clear of the area; 10th St./Michigan through 13th St. and Cottage St.