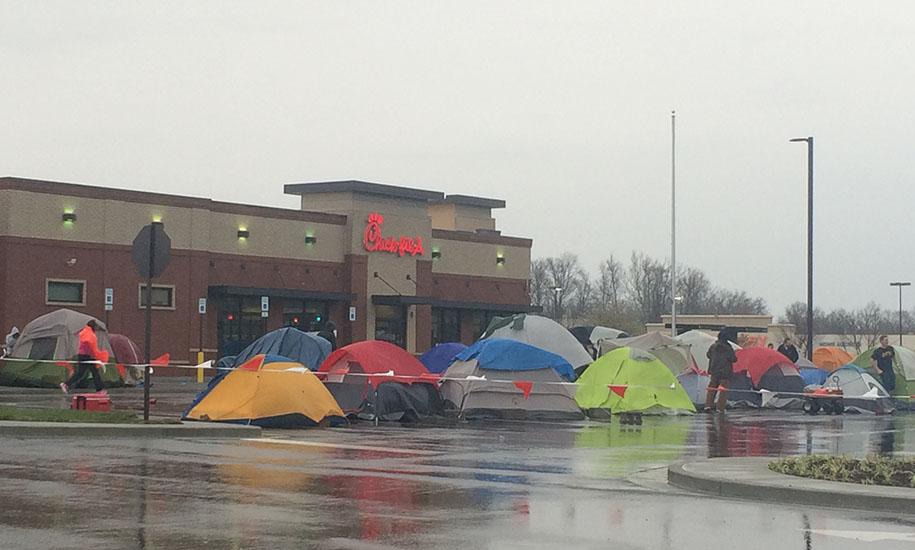 Chick-Fil-A officially opened April 7. Hundreds of people were lined up to get their first Chick-Fil-A meal in Columbus. The drive-through line stretched all the way to Lowe’s parking lot.

Sophomore Molly Donnell joined the crowd for the opening.

“Even though the line was super long, the service and food was excellent. I am super excited that we have one now,” Donnell said.

Chick-Fil-A has a variety of menu options, but sophomore Megan Furber was looking forward to their lemonade.

“I am in love with their lemonade because it’s not too sweet and also not too bland. It has the perfect amount of everything,” Furber said.

Donnell, who had been anticipating the opening for months, was not disappointed.

“I have been waiting for this since last year when there was a possibility it would come. Now that’s finally here I’m thrilled.”