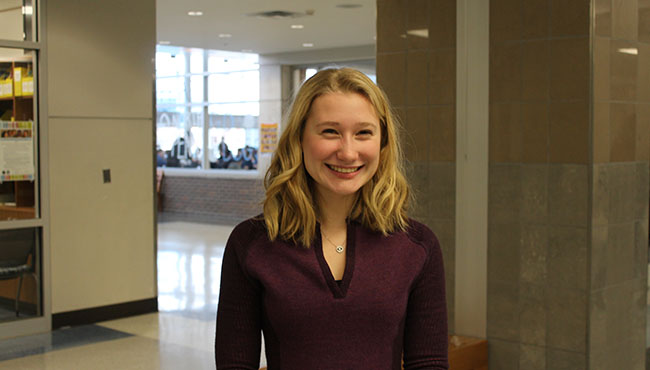 Sophomore Ellen Carson concentrates on the piece of music before her as she prepares and perfects final details before the weekend. On Saturday, Carson will be competing at the Indiana State School Music Association (ISSMA) State instrumental competition. Though she began participating in her freshman year, this will not be Carson’s first time advancing past the regional level.
“I’ve done Solo and Ensemble for two years and each time I’ve competed in Group I, which is the highest (level),” Carson said. “Last year I went (to State) for my solo and a clarinet choir.”
Carson is competing this year again on her own and with another choir of 19 other clarinets, in which she plays a slightly different instrument.
“I usually play a B♭ clarinet but for the choir I’m playing an E♭ (clarinet), which is relatively harder,” she said. “We are playing ‘Dance of the Buffoons’ by Rimsky-Korsakov.”
Although this adds an extra element of difficulty to the process, Carson was not deterred.
“Of course it’s a challenge and you have to constantly practice if you want to get a gold. I do like challenges, but I also like playing new music,” Carson said. “It takes a lot of work, but it pays off if you get a medal!”