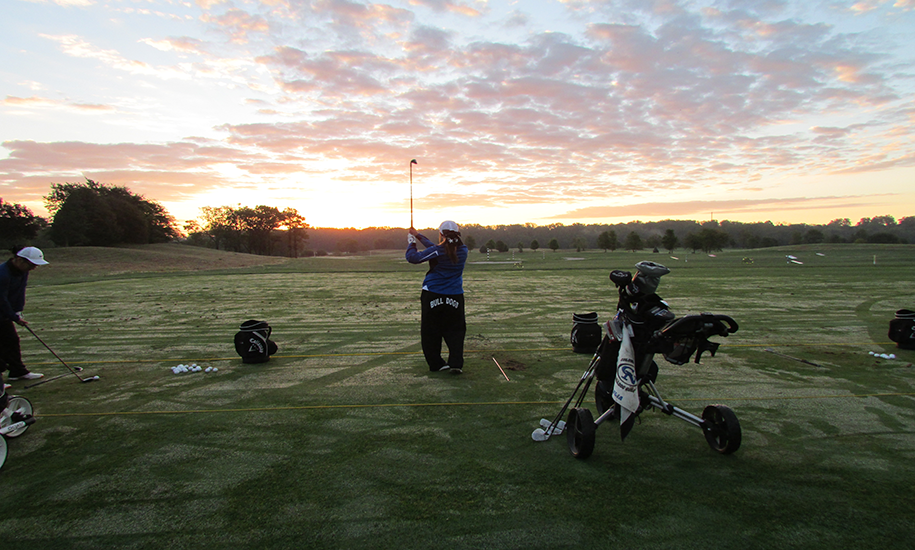 The Columbus North Girls Golf Team has returned after placing 4th in State. The top six players for the Bulldogs played Friday, September 29 and Saturday, September 30, 2017. The two day long competition is what the team had been practicing for all season long. Now that it is over the girls will reflect on their performances and improve for next season.

“The team did well on supporting one another before, during, and after the round. We are a close group of girls and I think that shows through the support we show.”Sophomore, Annie Anderson said.

The season is over for the girls this year. They are going to practice throughout their off season to work on some of the struggles the team had. “[We need to work on] keeping our heads up after having bad holes and staying focused on the next shot rather than dwelling on the last,” Anderson said.