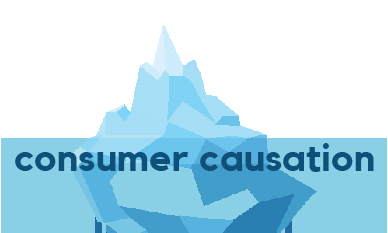 Keeping our cool in a world that is heating up.

Two-thirds of the Great Barrier Reef has been damaged. According to the June 2016 National Geographic, penguin colonies in northern Antarctica have decreased by eighty percent in just thirty years. NASA research says that for the past twenty-three years, Greenland has lost an average of 281 tons of ice annually. Global climate change is the cause of these daunting statistics, scientists at NASA confirm.

The Earth’s surface temperature is rising, says the National Oceanic and Atmospheric Administration(NOAA). According to the NOAA, the majority of the increase in temperature has occurred in the last 20 years.

“There will be five to six degrees of warming expected by mid-century,” teacher and mentor of the Climate Restoration Team at St. Bartholomew, Bridget Steele said.

The four hottest years on record have been the last four years, NOAA data shows. The warming of the Earth has caused the melting of glaciers, ice sheets, and sea ice, reducing many organisms’ habitats and rising sea levels, NASA said.

“Climate change is caused by several factors, some of which are the use of fossil fuels that increase the amount of greenhouse gases in the atmosphere, deforestation, overflowing landfills,” senior and member of the Environmental Club Mimi Chon said.

In the same way heat is trapped inside of a greenhouse, heat is trapped in the Earth’s atmosphere by certain gases, says the Natural Resources Defense Council (NRDC). NRDC research shows that if the concentration of these gases in the atmosphere rises, so does the temperature. The most abundant of these greenhouse gases is carbon dioxide, which is released when we burn fossil fuels, says the Environmental Protection Agency. According to the National Geographic website, several deforestation tactics such as the slash-and-burn method, in which huge masses of trees are burnt, also dramatically increase carbon dioxide in the atmosphere. Because trees absorb carbon dioxide and other harmful gases, cutting them down is problematic.

Temperature isn’t the only problem caused by increased carbon dioxide.

“If we don’t make a change, the amount of CO2 in the atmosphere will continue to grow at alarmingly increasing rates which leads to ocean acidification which has an incredibly negative impact on ocean ecosystems,” Chon said.

According to the Smithsonian Institute, the increase in carbon dioxide in the ocean causes a higher acidity level which hurts organisms like coral. Oysters, clams, sea urchins and countless other sea creatures are negatively impacted by ocean acidification. Billions of people rely on fish or shellfish as their main source of food.

Everyone on Earth contributes, in some part, to climate change. The amount of greenhouse gases, especially the carbon dioxide a person’s actions produce, is called their carbon footprint. Columbus North High School students’ carbon footprints increase throughout the day as they drive to and from school, eat lunch, and use electronic devices. While producing carbon is inevitable and inescapable, steps can be taken to reduce the size of one’s carbon footprint.

“To reduce my carbon footprint, I take part in the school’s environmental club, recycle, use reusable containers and water bottles, carpool, remain aware of home water and energy usage, and stay conscious about the sustainability of the products I buy,” Chon said.

“We need to make an active effort to move to clean energy in our homes, consume less meat, use plastics much less, reduce idling and bike or walk more,” Steele said, “It is our responsibility to leave our planet in good shape for future generations.”