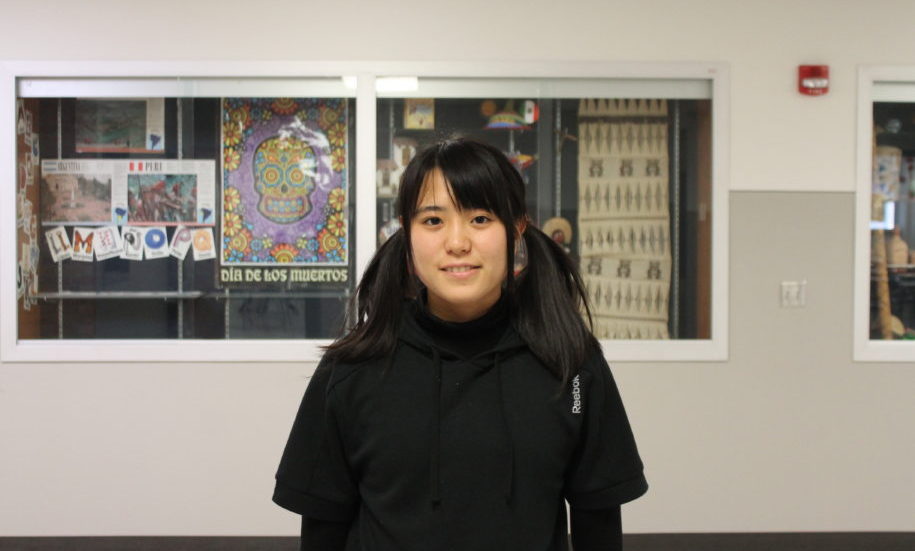 Whether they’ve become multilingual from their families, because of their backgrounds, or just for fun, speaking a second language is second nature for many students at North. Sophomore Ayame Tsutsui moved to the United States from Japan last year, but she had been learning English in her home country for years.

“I started learning English in Japan since 2005 or 2006,” Tsutsui said. “I’ve lived [in the United States] twice. Once from [ages] three to eight, then again starting last year.”

Tsutsui said that the most difficult part of learning English was getting ahold of the grammar, but that isn’t stopping her from learning her third language.

Sophomore Eva Chevalier could speak three languages by the time she was ten years old.

“I first learned French, then Spanish, then English,” Chevalier said. “I lived in France, then Mexico for three years, and then here.”

Chevalier doesn’t have a preference for any of the languages, but says that she’s more proficient at some than others.

Chevalier plans to add yet another language to her repertoire in the future.

“I’m learning a fourth language, which is Italian,” she said.

Like Chevalier, sophomore Sveni Thalor picked up her second language when she moved to a different country.

“I speak English and Hindi,” Thalor said. “I moved to America when I was five years old, and that’s when I learned English.”

For Thalor, the main benefit of being bilingual is having an extra skill that makes communicating with a greater variety of people.

“Your scope of life is diversified,” Thalor said. “You get to see the world in so many more perspectives by speaking [several] languages.”