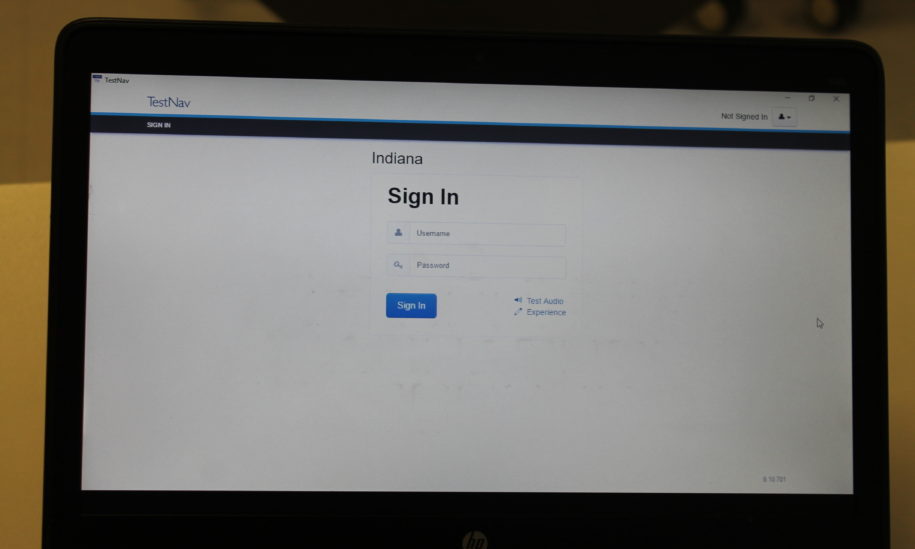 If you attended elementary or middle school in Indiana, or even the 10th grade, you’ve probably taken ISTEP, Indiana Statewide Testing for Educational Progress. ISTEP season can be a dreaded time for a lot of people who don’t deal well with the stress of testing or the tediousness of long exams. But for me, ISTEP was never much of a problem in elementary or middle school; I found it pretty straightforward. All I had to do was take a few standardized tests using a number 2 pencil, and for the whole week of testing, there was barely any homework, and even in-class assignments were relatively rare.

But things all went downhill when ISTEP was moved from paper-and-pencil to online testing this year. There had been plans for online ISTEP when I was in middle school, but something went wrong and we had returned to paper and pencil. This year, however, I wasn’t so lucky.

Like any other high schooler, I don’t think that technology is evil, or that it’s bad to transfer traditional testing methods on to computer. It’sLearning tests are great most of the time, and ISTEP testing on computers actually seems like a pretty good idea for the future. But at this point in time the experience isn’t optimized enough for online ISTEP testing to be used.

After taking the online math portion of 10th-grade ISTEP last week, I found that the ISTEP server was so overwhelmed by the excessive amount of accounts occupying it at the same time that it tended to lag.

As in, everything I tried to type would take almost a full minute to appear on the screen.

This resulted in a multitude of problems: typos took forever to fix, answering six math questions that would have normally taken me a few minutes took me the entire allotted time period, and if I had caught a big error in one of my answers after the ten-minute mark, I might as well have just accepted the fact that I was going to get that one wrong, because there was no way I could have been able to correct it in time with the lag that was going on.

But that’s not the worst part.

When the last math ISTEP test was over, I went to go submit my answers. As I clicked the “submit” button, the server glitched. A warning message appeared on my screen, telling me to get my test instructor. After she came over, she took the computer from me.

Half an hour later, when I had already returned to class, I was called back down to the testing room. The glitch in the server had caused some of my answers not to be submitted, which meant that I had to take the test again.

So due to an underperforming ISTEP server, I not only feel as though I did worse than I would have if it was written test, but I also had to miss more class than necessary to take the test twice. One day I hope that a solution will be offered that will allow ISTEP testing to run smoothly on the computers, but we’re not there yet. For now, please just return my paper and pencil.