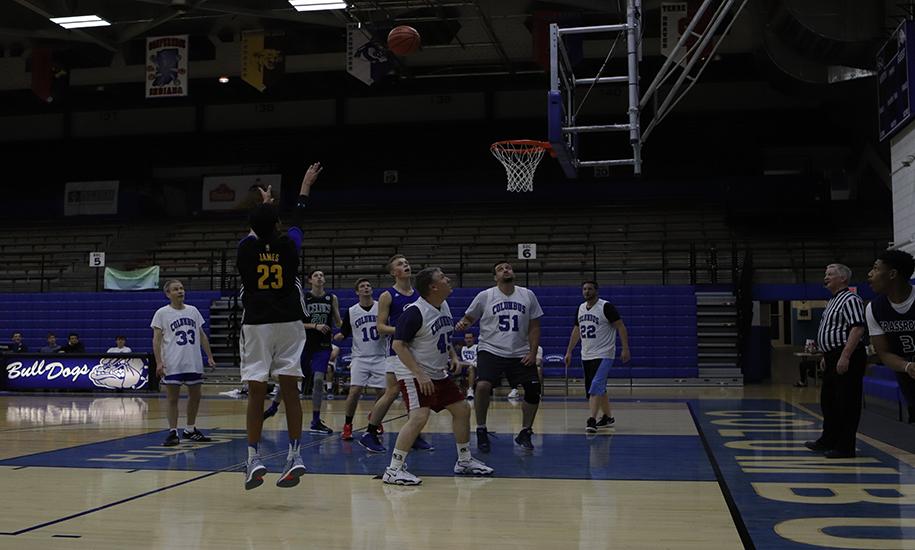 The annual Student versus Faculty Game took place on Thursday, March 1 and the teachers took the win with a score of 72-64. Business teacher Scott Seavers played in the annual basketball game, along with fellow business teachers.

“Mr. Dunn and I are the ones who organize it and take care of the profits, but we ask any of the teachers to play, so student versus teachers is not a business thing necessarily, it’s just the business clubs who benefit from it,” Seavers said.

As far as team preparation before the game, there is none on the teachers’ side.

Along with playing in the student-faculty game or simply going to watch, there is also the benefit of the proceeds of the game being donated.

“We take the proceeds and divide it among Business Professionals of America and DECA,” Seavers said. “We don’t make very much money doing it, we just do it because the kids like to do it and look forward to it every year.”