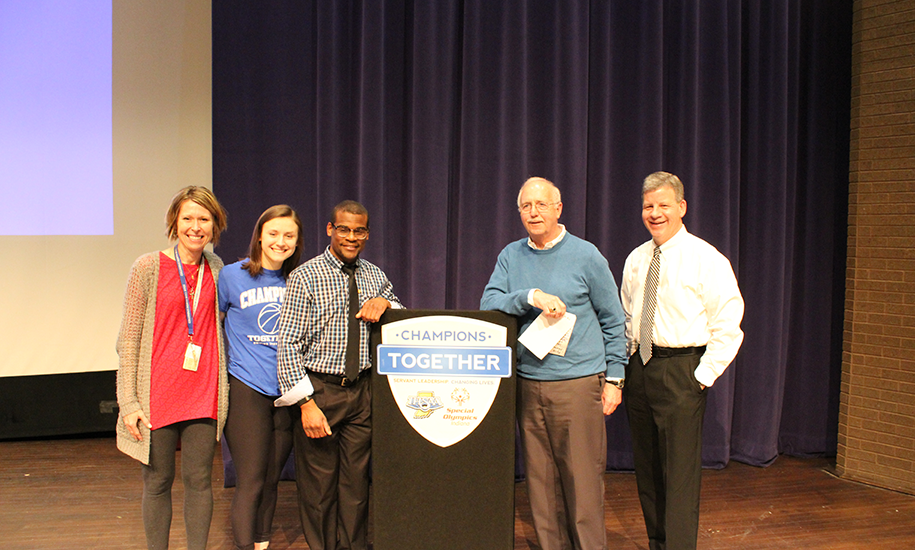 On Wednesday Feb. 21 students had the opportunity to listen to Special Olympics advocate, Andrew Peterson. Peterson, who was brought to by IHSAA, spoke about the troubles he had faced in his life both growing up and in the work place.

“It’s one thing to listen to me talk about this but to listen to Andrew talk about his trouble makes much more of an impact,” senior project mentor Jennifer Hester said. Hester helped senior Makenzie Patberg make Columbus North a Champions Together school.

“It was on my heart for a while that someone would want to organize this,” Hester said.

Hester and Patberg came up with the idea for the assembly and making North a Campions Together school in August, but it didn’t all come together until January. Even then, it was only last week that the live stream was organized so that the whole school would be able to view the event.

“[Unified Basketball] had one away game at Seymour and I would love for that to grow, but to do that it needs more student involvement. Hopefully today’s event will help get more students involved,” Hester said. While North already has a unified track program Hester hopes that this assembly will help grow other unified programs within the school like the unified basketball team that was created last year.

“North already has a big heart, and I think this will just help it grow,” Hester said.