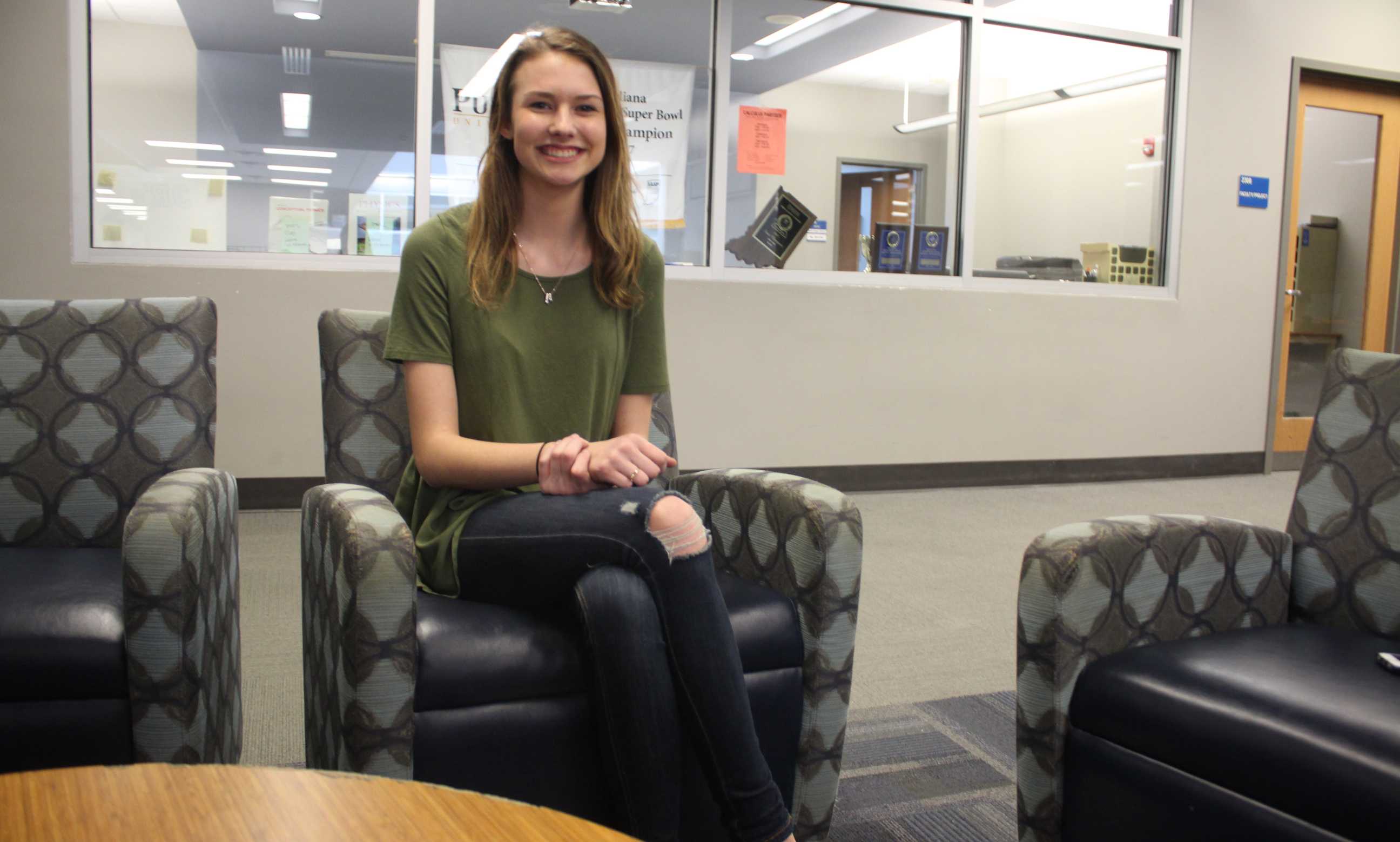 Bull Dog Deals: By a Bull Dog, for the Bull Dogs

Starting a business may sound like a job reserved for adults in business attire, but sophomore Taylor Klingler has already started her own award-winning business: Bull Dog Deals.

“It’s an app tailored to Columbus North High students. Basically, you can get free or discounted food from local restaurants,” Klingler said. “Right now, I have eight or nine [businesses] working with me and a lot more that I’m just waiting on to get paperwork back. They’ll rotate through, and then I’ll keep adding more, so it’s a variety.”

Her creation is the result of her business class, Business Management, in which she was introduced to a business competition.

“The first competition that I entered I found out through the school, and it’s called Maverick Challenge; I won locals. Basically, I just had to present to some judges and then they picked me as a finalist,” Klingler said. “Then I entered a different one, and it’s called Innovate WithIN. It’s a bigger challenge, and I recently just got selected to go onto regionals for that.”

Klingler’s app has advanced through competitions and will soon be ready for release, but how did its development all start? What was the inspiration for Bulldog Deals?

“My dad because he has tried creating a lot of different businesses, and for a few of them he’s been pretty successful. I wanted to be an entrepreneur, so I tried it out,” Klingler said.

During the creation of her app, Klingler faced challenges that discouraged her at times.

“It took a lot of work. The beginning part was just so much work getting the app to look how I wanted it to look, and that part was probably the most frustrating. It was really exciting going and actually talking to the people at the restaurants, even though that could be frustrating if they said they didn’t want to [participate],” Klingler said. “The most difficult part was going out and talking to the restaurants and the business owners because things kept getting delayed. I was going to release the app two months ago, and then I’d keep having problems, and I’d have to go out by myself and talk to the owners, so I had to feel like I was a lot older than I was.”

At one point, Klingler felt the urge to give up on her business.

“About two weeks ago, I wanted to just completely stop doing this because I was so many problems with it,” Klingler said. “I thought it was going to be too hard and just too much to manage.”

However, she persevered in completing her app and is now reaping the rewards of her persistence.

“ A week ago, I was like, ‘I’m just going to put it off to the summer,’ and then I can deal with it all during summer because I was getting too stressed out, but I’m glad that I chose to do it now because I could have missed out on a lot of things,” Klingler said. “For the…Maverick Challenge, I won $1,500. If I win the next one, it’ll be more than that. For Innovate WithIN, it’ll be a lot more than that, and I can get scholarships and mentors and things like that.”

Bull Dog Deals will most likely be released Wednesday, Feb. 28 or Thursday, March 1. Her business goes to show that, with the proper inspiration and persistence, high school students can be entrepreneurs, too.

“I thought it would just be a school project,” Klingler said. “But now, it’s a legit business.”