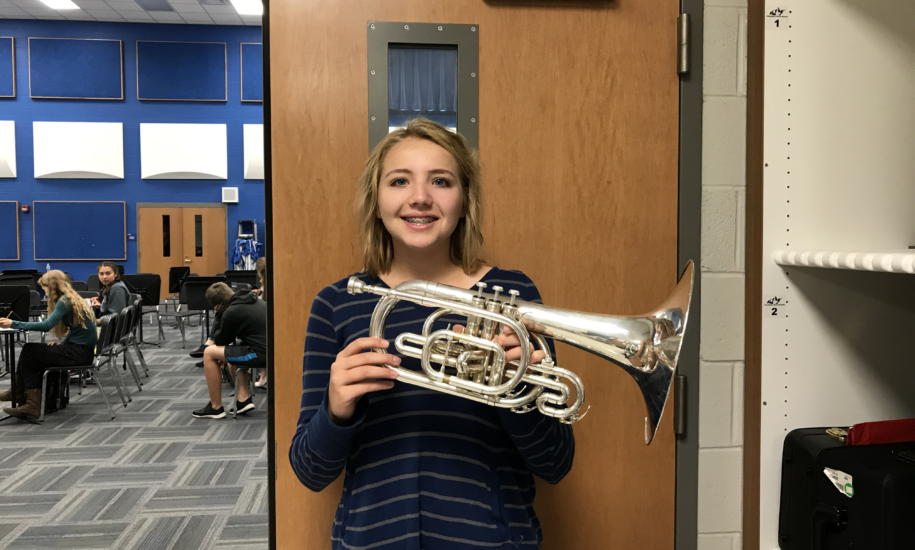 For many North students passionate about the performing arts, the beginning of the year is an exciting time. Every new year always kicks off with the Indiana State School Music Association Solo and Ensemble competition, which many students enrolled in band and choir classes participate in. The competition is open to both vocal and instrumental musicians, who can choose to either prepare a solo piece, or get together with other student musicians and perform a group piece. Students who wish to participate must be part of a music class or group within their school, as the competition is school-sponsored.

“To enter, you fill out a form with you name, grade, and performance piece,” sophomore Kate Riordan said. Riordan plays the French horn in band, and is entering the instrumental competition. “There are five categories, and most high schoolers enter in category one or two.”

These categories, with One being the most advanced skill level and Five being the least, determine how the judges at the competition critique each performance. The judges provide each musician a number-based score, scoring them in categories such as musical interpretation and technique.

“The lowest score is the best,” Riordan said. “[The competitors] want to get a [score of] one in each category. Depending on your score, they put you in four groups. Gold is the best, then silver, then bronze, then participation.”

Riordan, like many other students with performing arts backgrounds, has been participating in the Solo and Ensemble competition since the seventh grade. She says there are ups and downs of competition season.

“A lot of hard work is put in, but it all pays off,” Riordan said. “The worst part is after you’ve performed and you’re waiting for your score, before you start to doubt yourself and how you did. The best part is being able to do something I enjoy and get recognition for it.”

Sophomore Claire Alderfer has had a similar experience. She has also participated in Solo and Ensemble since the seventh grade.

Alderfer participates in both band and choir. She will be performing pieces on both the flute and the piccolo for the instrumental competition and also has  a vocal solo, where she will sing “The Crucifixion” by Samuel Barber.

“My favorite of the competition is when I start playing or singing and all my nervousness goes away,” Alderfer said. “I feel like I’m the only one there and I’m totally immersed in the music. It’s a great feeling.”