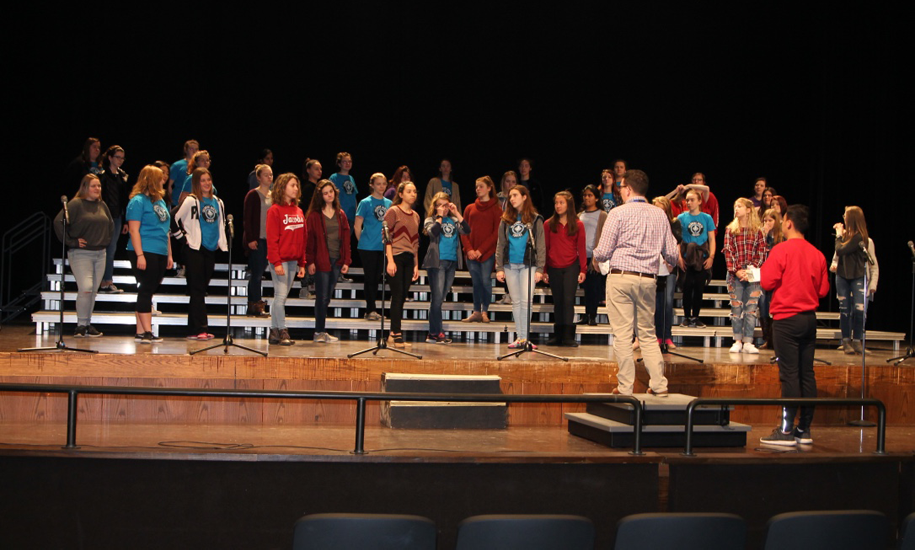 Tomorrow is Columbus North’s annual choir concert. Everyone is very excited for what they have planned this year.

“I am most excited about dancing to All I Want For Christmas,” says sophomore Allison Debolt.

Although this is a wonderful time full of cheer, there is one troubling thought going through her mind.

“This will be the last Christmas concert for our seniors, so we are trying to make this one special for them. We also won’t be doing anything for the rest of the semester, so that will be a little boring.” Debolt says.

This will be Allison’s second year preforming in the annual Columbus North Christmas Concert.

“I was nervous last year, but that was because it was my first time. This year I am not because we’ve been practicing a lot and I feel prepared.” Debolt says.

The concert is planned to go smoothly, hopefully with no bumps in the road.

“We’ve been practicing these songs, such as This Little Babe, Santa Claus is Coming to Town, and All I Want for Christmas, this quarter and we have worked hard.” Debolt says.

Don’t forget to stop by the Columbus North auditorium tomorrow night at 7:30 and listen to our amazing performers rock the stage!