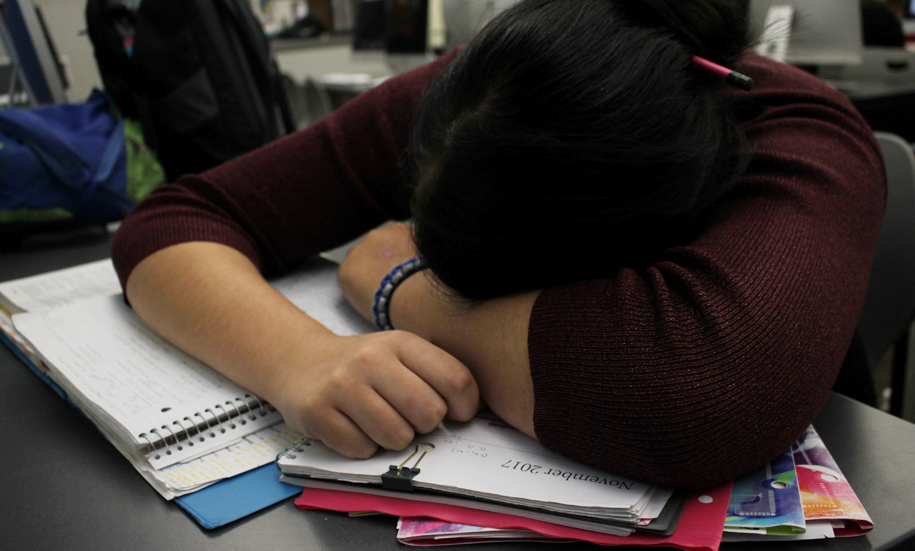 Major Life Hack: Get some sleep

While sleep isn’t an exact science, it is commonly known that sleep is essential for a person’s health, according to the American Psychological Association. However, even though this fact is commonplace, millions of people are not getting enough sleep and suffering from the consequences. There isn’t a definite guideline for how much a person should get, but for most people, eight hours is a goal.

“Without sleep, your body will begin to feel the effects. When you don’t get enough sleep, you’ll make mistakes, big time. You’re not going to be as clear and after a while not getting enough sleep catches up,” AP Psychology teacher Laurie Pffenberger said. said. “If you chronically do not get enough sleep, you can have all kinds of damage in your organs and being exhausted is just not good.”

In addition, the quality of sleep is just as important as the quantity. A good night of sleep is composed of four to five sleep cycles. A sleep cycle is made up of a combination of four non-REM stages and one REM stage.

“It’s important to go through all the stages properly. When you go to sleep, you should go through a non-REM sleep first. So, you’ll go down through one, two, three and four non-REM and then you’ll come back up to a three then a two,” Pfaffenberger said. “This is when you dream, dreams are during REM sleep. Then after that dream, you go back down to a two, three and 4 non-REM and the cycle continues.”

Pfaffenberger said that she plans out her schedule so that she won’t miss out on sleep.

“I know for myself, I write a lot of letters of recommendation and things like that, so I know what my month of September is going to be. I try to make sure I’m in bed every night by 10 0’clock, but I know that I have a lot of work to get done when I get home from school,” she said. “So, I don’t dally around and I get started by 6 o’clock and I work until 10. Then I’m not in that situation where I have so much to do that one night is an all-nighter for me. I won’t do that and I don’t think kids should.”

Along with the big contributions, sleep gives to our body, getting enough sleep can also boost your mood, improve your memory and sharpness, as well as help you avoid accidents, according to Health.org. Pfaffenberger said she believes no one should ever have to give up sleep.“I preach that you shouldn’t have more than 20 minutes [of homework] a day in my class. What I find is that kids that miss class and assignments have homework that builds up and then they start missing sleep,” she said. “I never intend for anyone to stay up and you should never have to give up your sleep for anything, but you should also prepare in advance. Everyone should have the time to commit to something when they are refreshed and not have to stay up forever taking care of things.”