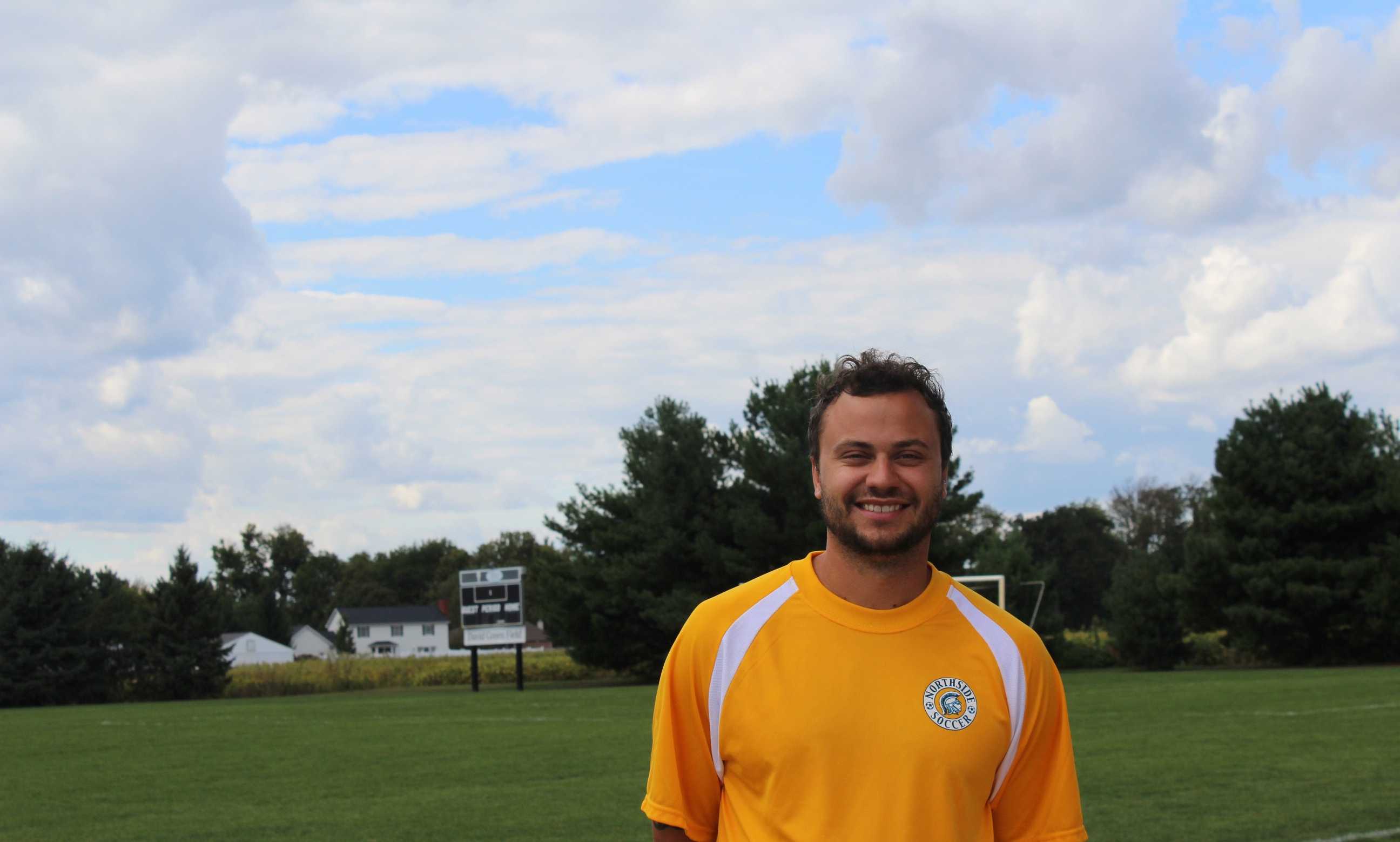 Many things makeup a coach. Things like, the attitude of his or her peers, the motivation of the team, and even the background behind them. Some people have the same or even different interests in different topics or activities, but for Jordan Slone, the new Columbus North Women’s Soccer coach, his main goal is to have pride and success in his team.

“I coach soccer because I have a profound passion for the game, and the community we are playing for. It hits close to home, because I know it has the power to connect people together. For me, it is a mutual bond for my teammates, and my team as a whole,” Jordan Slone said.

Not only did he fall in love with the sport as a coach, it was a recurring passion from his childhood.

“I started playing the sport from a young age on multiple teams. I started out with a recreational park league close to where I lived in Indianapolis, Indiana. When I moved along in my journey I began playing for numerous club teams, then soon enough, I was playing for Heritage Christian School, where I soon graduated and went off to Grace College. I played soccer there as an incoming freshman, but found my true passion in leading a team. I saw the opportunity to coach and went for it,” Slone said.

Growing up into adulthood never stopped him from participating in his one true passion.

“Although I coach now, I still like to face teams and reminisce on the days I had growing up, so I really enjoy playing in adult soccer leagues in Bloomington, Indiana,” Slone said.

He has had ups and downs, but that only made him work harder to achieve a better outcome.

“I always tell my teams, whether it be here with CNWS or the team I created at Northside Middle School, to play hard and have fun,” Jordan said. “I strongly believe a player will only be as good as they believe they are. Even if they have tons of talent, if they don’t work for it, they’ll never realize their full potential. But, same goes for coaches of any sport, a coach will only get as much out of a team as they put in.”