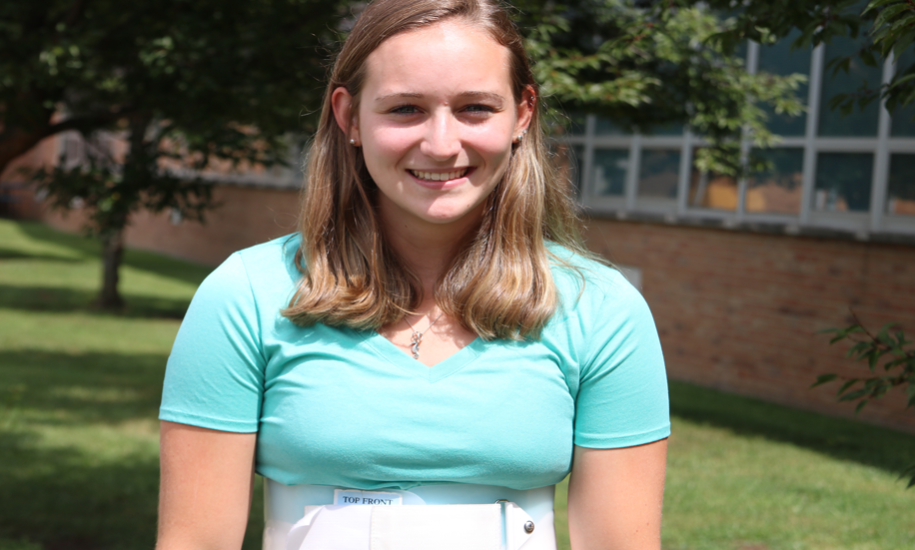 Sophomore Adrienne Salemme has been doing gymnastics for thirteen years. She has grown up at the gym, where she practices three and a half hours a day, Monday through Thursday, and 4 hours on Saturday.

“I started competing when I was 6. I like to be able to flip around and do things that most people can’t do,” Salemme said.

Salemme’s coaches have greatly affected the successful gymnast she has become. Without their time and effort, she would not have gained all the skills she has today.

“I do my training through Victory Gymnastics Academy. It was originally Jody’s Gymnastics Zone and it shut down, but the same coaches re-opened the gym,” Salemme said. “Gymnastics takes up all of my time, but I love it.”

Gymnastics is a very high-impact sport where just one misstep can lead to serious consequences. As a competitive gymnast, Salemme has struggled with injuries since she began competing.

“I’ve broken my feet multiple times, I got a very severe concussion, and my back,” Salemme said. “I have two stress factors in my L5 vertebrae, one on each side of it, and that’s from gymnastics.”

Salemma has to wear a back brace for support, when she isn’t doing gymnastics. She doesn’t want to cause more a a strain on her back than she already does.

“It’s hard to deal with the injuries, especially when I’m in the middle of training and I have to take multiple weeks, sometimes even months off, so that you can heal,” Salemme said.

Gymnastics takes up most all of Salemme’s time outside of school. However, in the spring, she is involved in track at North. Salemme became involved in pole vaulting through her friend who also does it.

“I enjoy pole vaulting because it’s very similar to gymnastics, a lot of my techniques carry over,” Salemme said.

Last year, Salemme broke the state freshman record for pole vaulting. For her first year pole vaulting, she was very successful. Salemme’s success also carries over to her gymnastics career as well.

“One of my greatest accomplishments was being able to go the the level eight regional meet,” Salemme said.