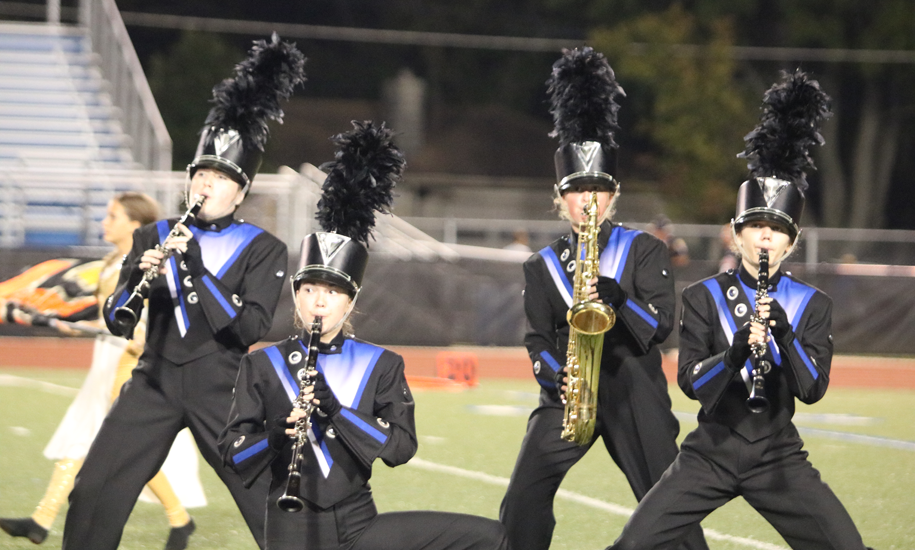 For band students, fall marching season is one of the most important and enjoyable parts of the school year. During the fall, the members of the Sound of North compete against other high school marching bands at several major events, and spend copious amounts of time preparing for their performances. Sophomore Kathryn Riordan, who plays the mellophone in marching band, is looking forward to the many shows of this upcoming season.

“We compete at Floyd Central, Ben Davis, and [a few] other Indiana high schools,” Riordan said.

The competition season has just started for the Sound of North marching band, but they’ve already participated in several events.

“We just hosted our invitational. It’s a fundraiser and smaller bands come to compete,” Riordan said. “So we only got to see one band that competes against us during our season, but it’s still fun to see other bands that we don’t usually get to watch.”

Despite the many shows and performances booked for the fall season, Riordan considers the state competition to be the most important.

“At the end of the season, we do all our state [competitions] and our grand nationals at Lucas Oil Stadium. For us, state is the most important competition because we don’t make it every year, so it’s really cool when we do,” Riordan said.

In order to ensure that the Sound of North successfully qualifies for state this year, band members and directors are scheduling band practice nearly every night of the week.

“We practice Tuesday through Saturdays, and we work on our music and visuals, as well as our drills on the field,” Riordan said.

Visuals are a key factor to the prosperity of marching bands; if they are properly executed, they can be a major contributor to a band’s qualification into State. An interesting theme, however, is just as important to marching band success as visuals are.

“This year [our theme is] ‘Within These Walls’,” Riordan said. “It’s about a person in a haunted hotel, and they’re visited by all their fears. It’s a phobia-based theme.”

As excited and hopeful Riordan is for the state competition, she still anticipates the other parts of marching season, as well as the band experience as a whole.

“My favorite band show is state,” Riordan said. “But my favorite part of band overall is being able to spend a lot of time with and make music with my friends.”