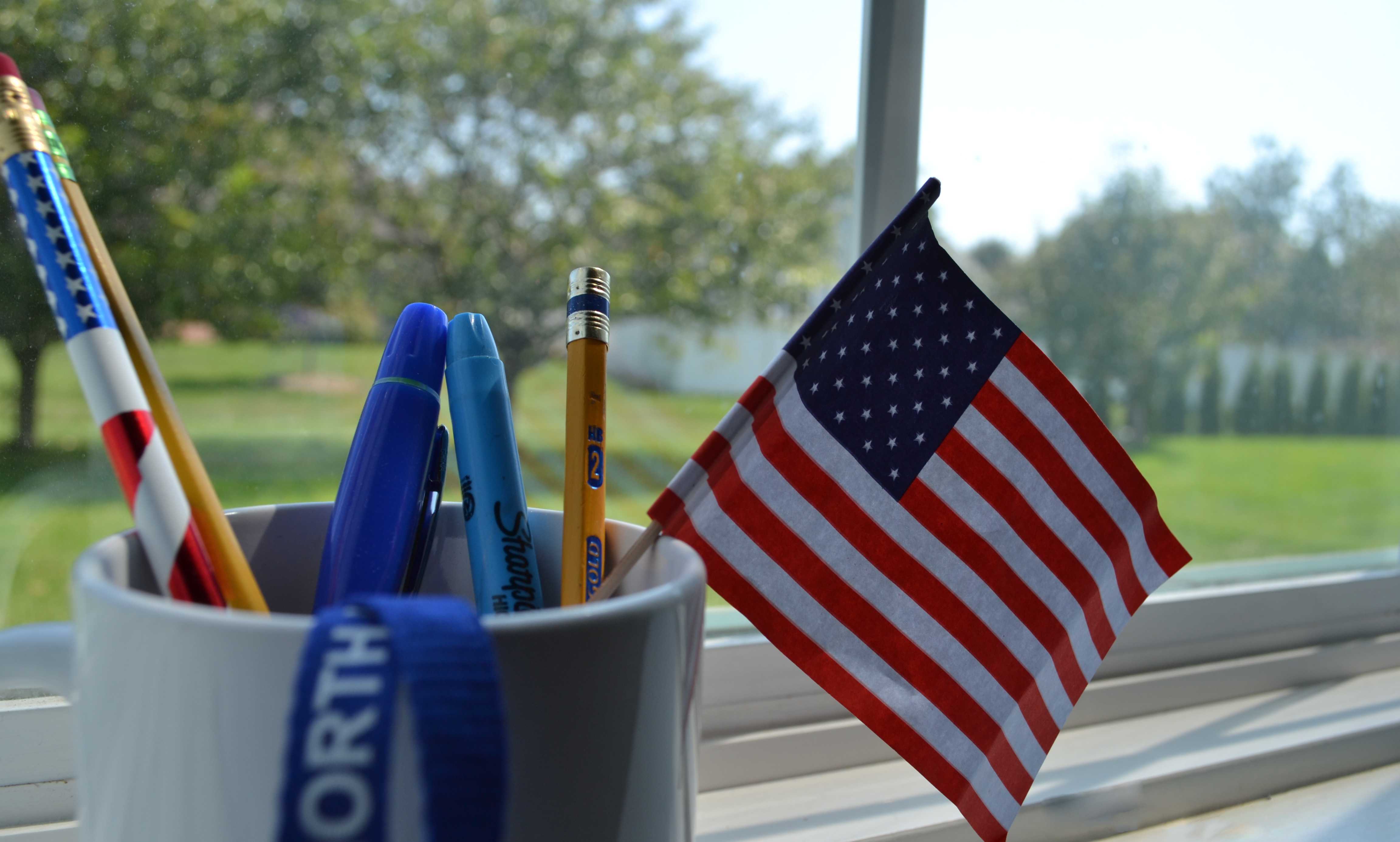 September 11, 2001, began as an ordinary day, but it soon became one of the most remembered days in American history in which a terrorist attack left almost three thousand people dead. On that day, terrorist groups hijacked four planes. Two hit the twin towers in New York, one hit the Pentagon, and another crashed in a field in Pennsylvania.

Even after sixteen years, Mr. Russell can still recount in detail his actions and emotions on 9/11.

Even as college students at the time, Mr. Russell and his classmates felt the need to help those who were trapped in the carnage of the attacks.

“We decided that we would go to the Red Cross, that we would donate blood.That’s the best thing at that point that we could do,” Mr. Russell explained.

On the way back from the Red Cross, Mr. Russell and his friends saw the effects of the attacks on the country.

“I remember seeing lines at the gas station that were longer than I had ever seen before, and the gas prices had tripled and quadrupled because the reality is we thought we were going to be at war immediately. Today this was tragic; tomorrow it’s going to be war,” Mr. Russell said.

“I remember I was getting ready to go to a Mothers of Preschoolers meeting….I walked into my bedroom and the news was on, and I saw the first tower on fire,” Mrs. Martin said.

She too had the shocking realization that America was under attack when the second plane struck.

“It was pretty intense because when that second plane hit, you knew that it wasn’t an accident….You knew it was on purpose, and I felt like in that moment, things were never going to be the same, and they really aren’t,” Mrs. Martin explained.

As the weeks dragged on, news channels were dominated by the 9/11 attacks.

“I remember feeling like I couldn’t watch anymore, and I just needed to turn it off. I remember thinking how blessed I was that I was able to turn it off because there were people living [in New York] and looking for family members who couldn’t,” Mrs. Martin recounted.

Even though she was able to turn off the television, she was still unable to avoid the effects of the terrorism.

“When we went to visit my mom in Florida that December, there were armed guys with machine guns at the airports, and I’d never seen anything like that,” Mrs. Martin said.

The changes that followed created a new America that was drastically different from the old one.

“We have cabinet positions in our government and whole departments that didn’t exist before then…. That has spawned a war in Iraq and a war in Afghanistan and a worldwide war on terror.” Mr. Russell said.

Not only were there physical effects, but also psychological effects.

“There’s been a mental shift to where, now, you’re looking for certain things, and you’re wondering and that there maybe is an element of fear or awareness that maybe wasn’t there before,” Mr. Russell said.

Because of the impact 9/11 had on America, Mr. Russell plans to teach about it in class, just as he has in past years.

“I simply spend some time talking to them about it. I share my story, what I experienced on that day and the emotion of it. We talk a little about what has happened since and why it happened….We watch parts of “102 Minutes that Changed America,” which is a phenomenal documentary,” Mr. Russell explained.

Although she has not made a plan yet, Mrs. Martin most likely will prepare a lesson on 9/11 as well.

“In the past, I actually showed video footage of the planes hitting the towers and kind of the aftermath. And then we looked at primary source documents, mostly photographs of the carnage that was kind of left behind,” Mrs. Martin said.

Every year, Mr. Russell and Mrs. Martin educate their students on 9/11.

“They don’t really understand it, but they live with this constant remembrance of it. It almost becomes white noise; they think they know it, but they really don’t. So I think it’s my responsibility to make sure that it’s not forgotten,” Mr. Russell said.

Mrs. Martin believes in the importance of learning about 9/11 as well.

“I feel like it just needs to be real, and there needs to be an understanding that there is a threat…and then I think also to pay respect to the people who died and to the first responders who died trying to save them,” Mrs. Martin said.

9/11 may seem like a thing of the past, but for many, including Mr. Russell and Mrs. Martin, the experience is too raw and real to be forgotten.

“Everyday is history. I’ve lived that day, and that was history,” Mrs. Martin said.