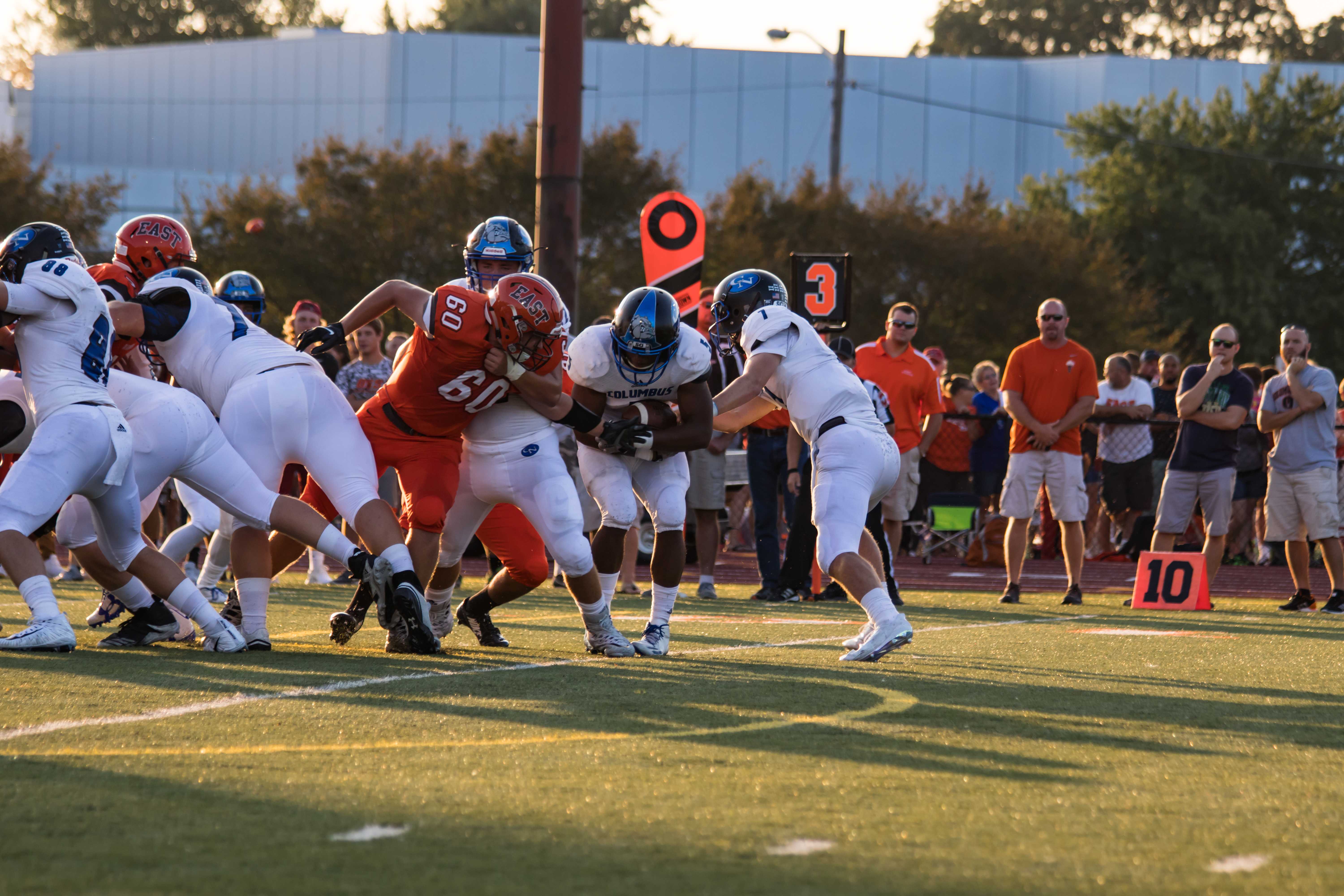 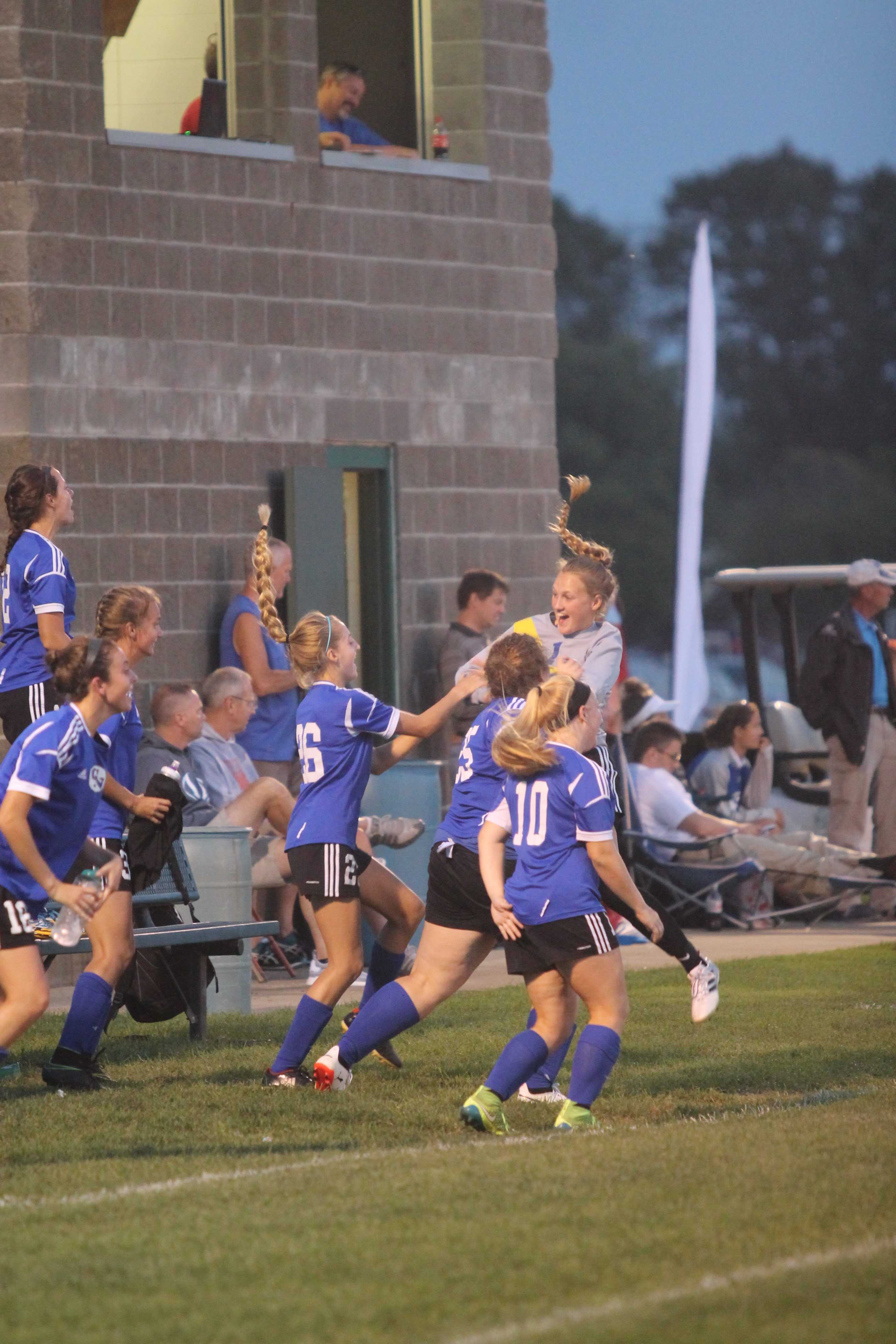 On Friday Aug. 25,  the varsity football team defeated the Olympians for the second consecutive year. Junior Quarterback Trenton Kelley threw for 304 yards and three touchdowns. His throwing performance put him in second place for the second most yards passed for in a single game in Columbus North history. Senior Jaylen Flemmons hauled in 10 catches for 177 yards and two touchdowns, leading the Bull Dogs air raid.

The Bull Dog defense was able to successfully stifle the Olympian passing attack. Senior Cornerback J.D. Harris intercepted a pass in the Olympian end zone late in the third quarter. Senior Brigham Kleinhenz sealed the game for the Dogs after he returned a blocked punt for a touchdown. North won the game with a commanding score of 34-14.

The weekend continued on Saturday when the boys and girls soccer teams faced off at the Richard Wigh soccer complex. The boys game began at 6 p.m., and was not scoreless for long. Senior Finn Anderson scored in the first eight minutes off of an assist by Junior Alex McGill for the Bull Dogs. The Olympians responded eight minutes later with a goal. Sophomore Graham Keele broke the deadlock when he scored an olympico (direct goal from a corner kick). Columbus North did not look back after that. The Dogs started the second half strong.  Sophomore Andrew Goble  waltzed past the Olympian defense to score the third goal for the Dogs. Junior Ernesto Perez added the fourth goal 11 minutes later to seal the dominant win. The boys game finished 4-2 in favor of the dogs. Junior Forward Alex McGill ended the game with three assists, while Junior Goalkeeper Noah Kestler added seven saves.

The girls game followed soon after. The Lady Bull Dogs defeated the Lady Olympians 1-0 in a game that was dominated by strong defense. Senior Kristen Orben scored the only goal of the contest, after she scored off an assist by Junior Tanner Johnson. Senior Goal Keeper Liz Tynan saved the only two shots that she faced. The Bull Dog defense only allowed a total of two shots on goal, stifling the Olympian attack.

Rivalry week ended with the Bull Dogs winning all four match ups. The rivalry continues when the Girls Volleyball team takes on East on September 28.