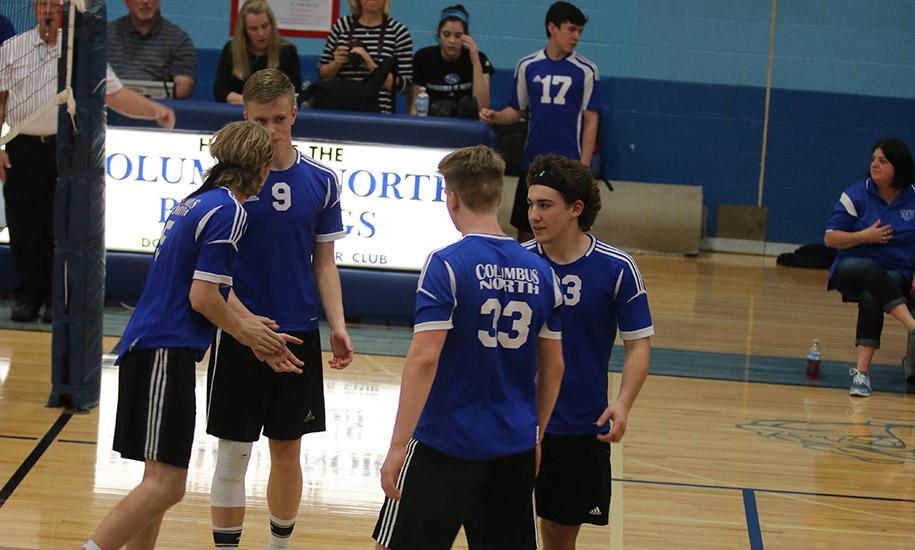 Our high school experience is a story remembered for a lifetime. Like many stories, there are different chapters or parts of life that you experience. For some a chapter may be a club or group, but for Senior Sam Genter a chapter is a sport. Genter played men’s volleyball all four years of high school and said that playing was a good decision.

“Going into my senior season, I was really looking forward to playing and having fun with my friends,” Genter said. “This season has definitely been a great experience for everyone involved.”

According to Competitive Advantage, a key factor in the success of a team is team bonding. Its proven that a sense of togetherness helps drive the team to work harder.

“The team was great this year,” Genter said. “We all get along really well, and we love being on the team together.”

The men’s volleyball team had a winning record this year which has been the best that the program has done over the last couple years.

“I’m not super satisfied with how the season went,” he said. “We definitely could have done better this season, but senior night was a fun event to be a part of.”

Senior night for sports teams is a night to celebrate and recognise the seniors on the team. These mini celebrations usually consist of speeches from the coaches and a short biography of the student.

Along with great experiences with his teammates, Genter said he would’ve changed the difficulty of their season.

“The most challenging part of the season was probably how we always seemed to play down to our competition,” Genter said. “We played a lot of easy teams, so playing top ranked teams was a difficult adjustment to make.”

Playing with a consistent intensity is a difficult feat for sports teams, especially when playing a team on a lower competitive level. According to Dr. David McDuff, maintaining intensity during competition is something that is challenging for individual and team sports. Genter said that some of the worst matches the team has ever played were against lower or unranked opposition. But, like any season, there can be ups and downs.

“The most rewarding parts of the season were whenever we had a good outing against the top teams in the state,” Genter said. “We played a lot of them, and even though we usually lost, they were the best games we’ve played. I’m just glad I got to be a part of this for the last four years.”