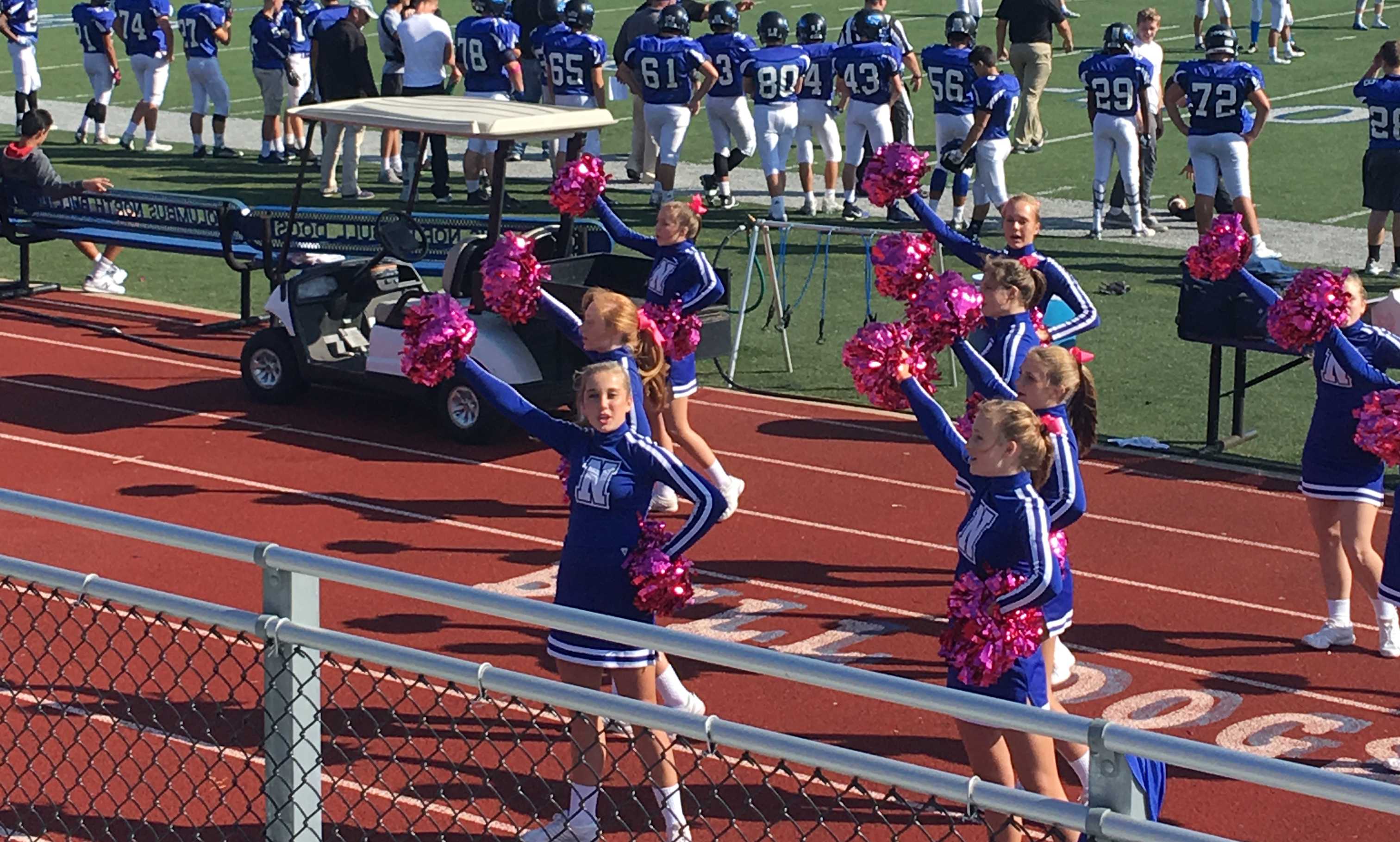 Columbus North cheerleading  is a sport that some of the girls at north are involved in and spend a lot of their time doing throughout the school year.  There are many aspects that go into being a cheerleader that many do not notice. Many do also not realize that there are three different cheerleading teams at Columbus North.

Some of the cheerleaders trying out have been on other cheerleading teams outside of school. This is the case for Hatfield, as she has been cheering for six years now.

”I’ve done all star cheerleading for 6 years now. Three years have been with Columbus Power Elite and the other three have been with different gyms in Kentucky,” Hatfield said.

Although there are many girls who come in with no experience and just want to try something new. If you are interested in trying out it is suggested that you have some kind of cheer experience. It will be difficult to make the team with no prior cheer knowledge. Junior Sierra Drysdale believes you need have cheer knowledge along with other skills.

“I think tumbling skills should be needed and basic cheer skills,” Drysdale said

Tryouts, for many of the girls, can be a very stressful and nerve racking experience. Especially when trying out for the varsity team. Although not for Drysdale, she has been to tryouts before and knows how things go.

“I’m not as nervous as past years because i know what the tryouts are like and what to expect,” Drysdale said.

For some girls, it is their first time trying out for the cheer team at Columbus North.

“This will hopefully be my first year cheering at Columbus North,” Hatfield said.

The Columbus North cheer team is always looking for new girls to tryout. If you are interested don’t be scared to give it a try.  Hatfield says there many other things that go into being a school cheerleader.

“I think you need to have confidence, school spirit and you have to show that you’re having fun even if you mess up,” Hatfield said.