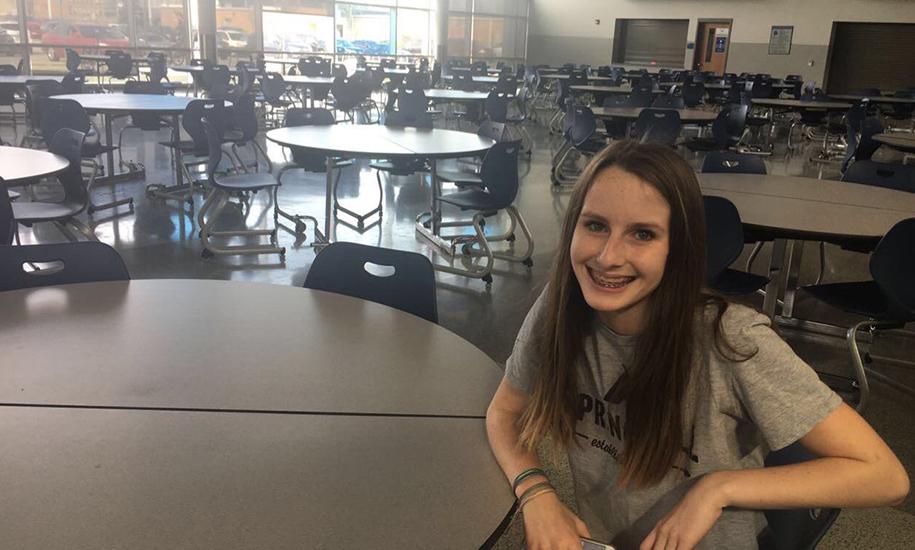 There is a policy that all freshmen must eat on campus for lunch, but Dean Norman deals with freshmen breaking the on campus rule frequently.

This policy will continue to be enforced here, which means that freshmen caught going off-campus for lunch will face consequences.

“It varies depending on the offender and their prior discipline issues,” she said “It could be any of the following; detention, in school suspension, or calling parents.”

Freshman Kate Falkner is one of the many freshmen that go off-campus for lunch.

“I started going off-campus for lunch during the second quarter of school because I realized that everyone does it at some point and it is not strictly enforced,” Falkner said.

Falkner goes to lunch most days with her older friends from cross country. Some places they like to go include Big Cheese, Dairy Queen, Chick-fil-A and Steak ‘n Shake.

“I don’t really like eating in the cafeteria because there is very little variety and the food is not always the best,” she said.

Falkner believes that the school should adjust the policy for freshmen eating lunch on campus.

“I think that they should only make it a rule for the first quarter,” she said. “This would not only allow students to become comfortable with eating in the cafeteria, but it would also give them freedom to go off campus during their freshmen year.