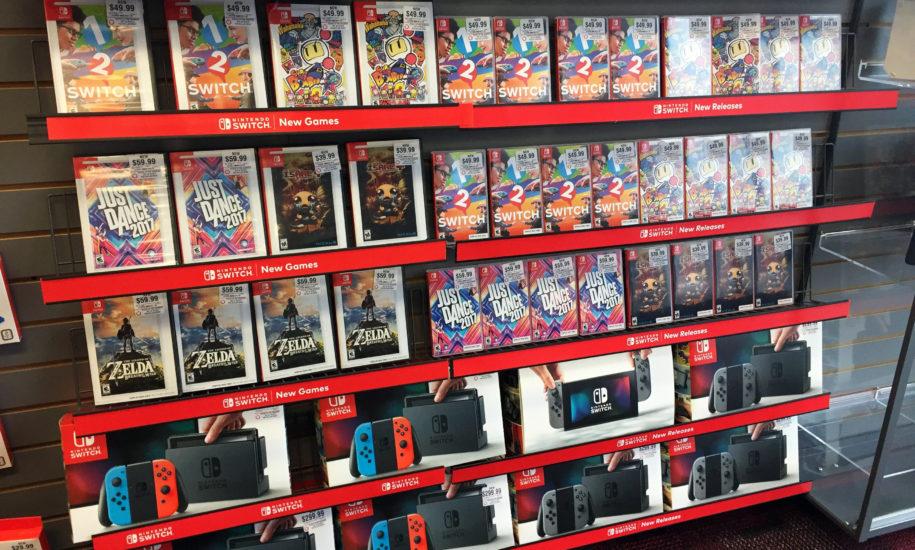 Switching to the nintendo switch

Last Friday, Nintendo lovers around the world anxiously waited for the release of Nintendo’s new console, the Nintendo Switch. Released Last Friday, March 3, students who had pre-ordered the console or those early enough to purchase one, finally received the anticipated gaming system. Junior Olivia Norris was one of the students who preordered the Nintendo Switch and received it the day it was released.

“I have always been a huge Nintendo fan, so I try to always stay up to date on their new products,” Norris said. “The Nintendo Switch was originally called the Nintendo NX and was kept secret until it was announced as the Switch in October. I really wanted to get it because the concept seemed super cool. When I watched the press conference on it in January, I knew that I for sure had to have it.”

“I was really interested in the whole ‘it’s both a handheld and a tv console’ aspect, and when ‘The Legend of Zelda: Breath of the Wild’ was confirmed … I was super interested,” Peetz said.

The Nintendo Switch was released with The Legend of Zelda: Breath of the Wild, 1-2-Switch, Just Dance 2017 and Snipperclips, amongst nine total games released at the Switch’s launch.
Many new games including Mario Kart 8 Deluxe and The Elder Scrolls V: Skyrim are planned to be released at a later date. Despite this, the Nintendo Switch does not support backwards compatibility with other consoles, meaning Nintendo DS or Wii games will not work with the Switch. Junior Olivia Norris comments that a lack of games is a current downside to the console.

“I have Legend of Zelda: Breath of the Wild and Snipperclips at the moment. I am looking forward to Mario Kart 8, Fire Emblem Warriors, Stardew Valley and Skyrim,” she said. “The only thing that stinks about the Switch is that there aren’t too many games released on it yet, so I only have a few to play.”

An additional challenge to Switch gamers is getting used to a new console and controllers.

“As a home console, it plays similarly to how a PS4 and an Xbox would,” Norris said. “The only main difference is that the controllers from the device can be removed once you slide it into the dock that transfers it to your tv, and they aren’t shaped like traditional controllers.”

Peetz agrees that the Nintendo Switch Joy-Cons are something that takes getting used to.

“The controllers are definitely unique,” Peetz said. “I’m a PlayStation person and the tiny Switch Joy-Cons were really weird to get used to. It’s like a weird cross between a Wii remote and any other PlayStation or Xbox controller.”

Ultimately, the Nintendo Switch is a unique console that is new to the gaming world. Both Peetz and Norris approve of Nintendo’s new console.

“I love that it’s portable and that the portable graphics are great quality, I just miss backwards compatibility,” Peetz said.

The Nintendo switch currently retails at $299, and game prices average about $59. After owning the console for a week, Norris would recommend purchasing the Nintendo Switch to others.

“I really like that it is portable and a home console,” Norris said. “The thing I like the least is that the battery life is only three hours when it is portable, so I have to recharge it often, but that’s fine. It is a bit pricy, but it is totally worth it. I would say that it is also tailored towards older people, like teens and adults, so it would be perfect for fellow students.”