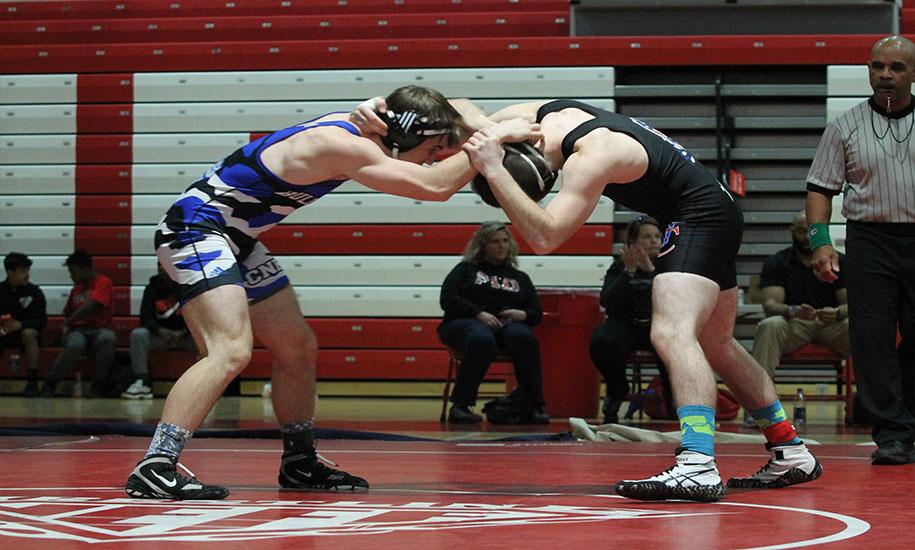 On Saturday, Dec. 10, they will be hosting their own wrestling invitational starting at 9:00 a.m. in the North gymnasium.

“The season has been very good this year,” Sophomore Falesha Ronsheim said. “It is my first season on the team and it is going very well and very smooth.”

Ronsheim is the only girl on the team and has been enjoying her first season on the team.

“My favorite part is the matches themselves,” she said.

Last weekend, the team faced a string of losses at the Triton Central wrestling invitation. However junior Andrew Chapman maintained an undefeated 5-0 record on the weekend. Even with the team’s loss, Ronsheim is optimistic about the upcoming matches against Bloomington North, Bloomington South, Madison, Shelbyville, Whiteland and Brown County.

“I think as a team we will do pretty well,” Ronsheim said. “I’m not sure how we will stack up against the other teams. As long as we score as many points as possible, we should be able to pull out a win.”