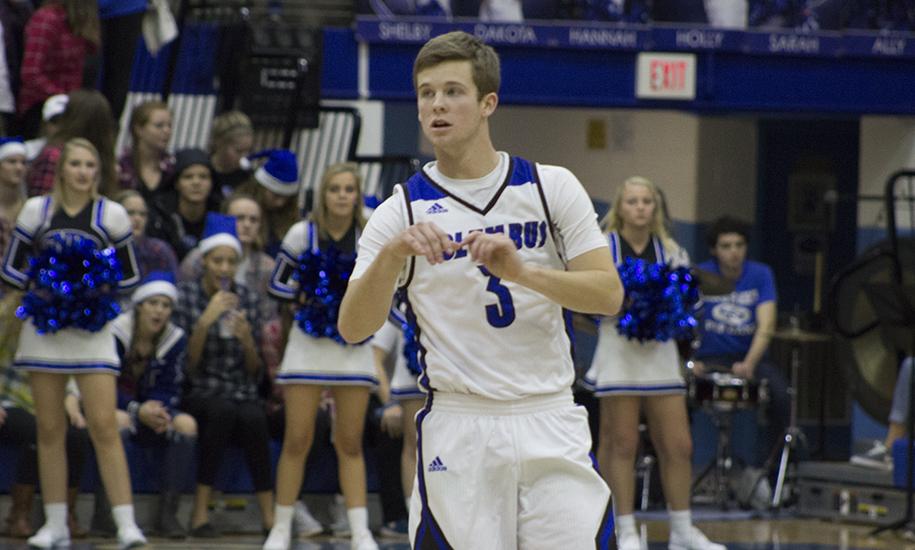 As finals week comes to a close, it is time for the crosstown rivalry to renew. The girls game tipped off against East on Thursday, Dec. 15, and ended with a score of 58-43 in favor of the Bull Dogs.

“Playing East is always really fun because of the cross town rivalry and the high emotions before and during the game,” sophomore Agustina Fainguersch said.

The game didn’t start as the Bull Dogs expected because they ended up trailing 12-8 after the first quarter.

“Beating East was a relief because we were able to come back from our loss and how that we’re still the better team,” Fainguersch said.

The Bull Dogs were able to pull away early in the second quarter and never looked back.

“It was really exciting and fun for us to go out here and win even though we could have played better at times,” she said.

The boys game was closer with a score of 41-35. The game was a defensive battle, as the Bull Dogs were able to maintain a substantial lead until late in the fourth quarter. The Dogs opened up the game on an 11-0 run. The game became closer and closer as the fourth quarter began to wind down. At certain points in the fourth, the boys held on to a 3-point lead.

“It felt awesome,” senior Nathan Vandeventer said.  “Beating East is always awesome, but we did it by playing great defense and following the scouting report the coaches made. It was a night (where) we struggled on offense, so our defense had to step up.”