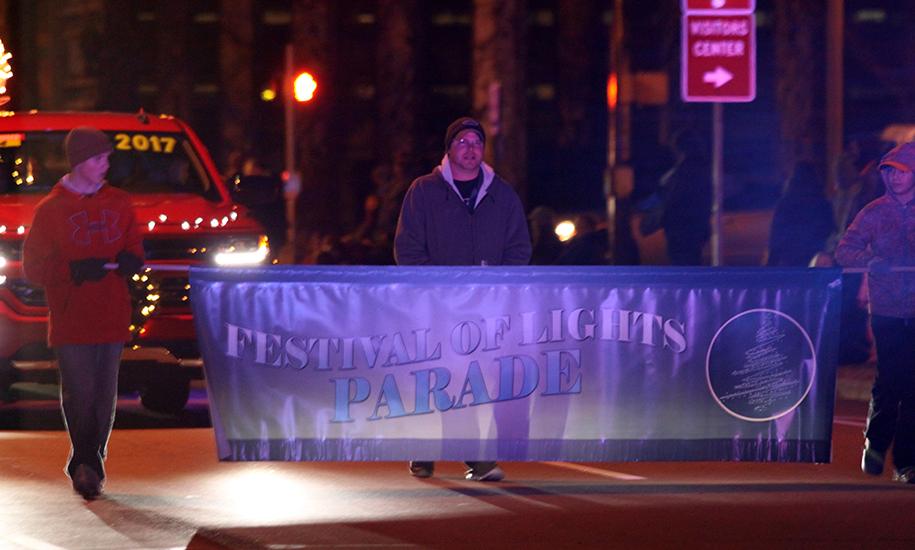 On Saturday Dec. 3, the annual Festival of Lights Parade took place in downtown Columbus. The Sound of North performed in the parade, along with multiple other organizations.

“I played the mellophone in the parade,” Henry said.

The band performed the famous Christmas song “Frosty the Snowman”.

“I think the parade went well for the band,” he said.

“My favorite part of performing in the Festival of Lights parade is being reunited with all the other band kids that I don’t regularly get to see due to there being three different band classes,” Duncan said. “It’s also interesting to see the size of the middle school class, because it helps me predict how much the band could grow for next season. The atmosphere is also so Christmasy and happy.”

Prior to the parade, the band spends a lot of their rehearsal time preparing.

“In class throughout the weeks leading up to the parade, we would play through the music so we could memorize it,” she said. “If we didn’t have it memorized by the Thursday or Friday before the parade, we had to find time to memorize it.”

The Sound of North’s next performance will be at the Winter Concert on Tuesday, Dec. 13.