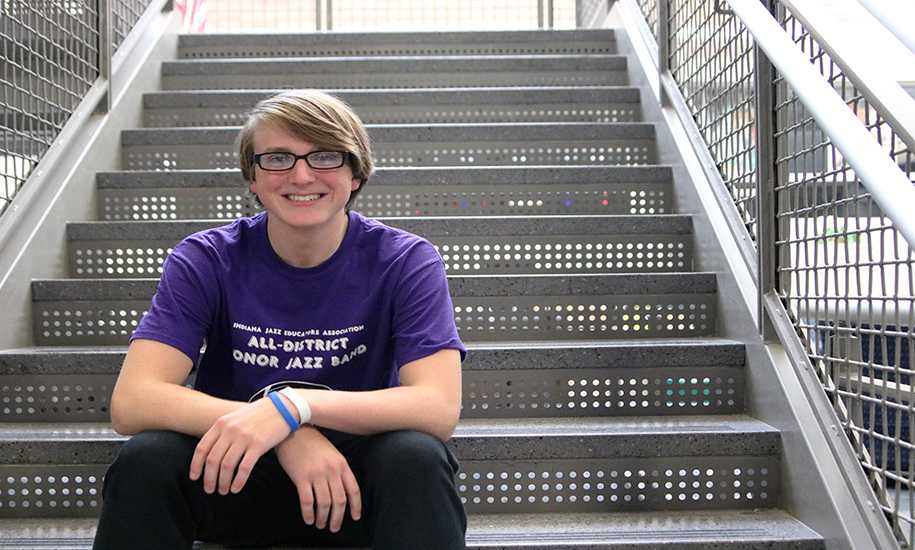 Ending on a good note

After countless football games, competitions and bus rides, the Sound of North’s season officially comes to a close, leaving freshman marchers wondering what to do with their newly found free time. However for Sound of North seniors, this not only marks the end of the season, but the end of their marching careers; though with the season’s achievements reaching both state and national levels, senior Clayton Stine believed they ended on quite a good note.

“This year was set apart from all my other years in high school because we made it to State Finals, an ISSMA competition, and we also made it to Semi-Finals in Grand National Performance, which is for Bands of America,” Stine explains. “We haven’t gone to state in the past four years. The last time we went was before I was in high school and the last time we went to Grand Nationals was also before I went to high school, so this was a very exciting year for me.”

However the show that made these sought after achievements a reality for Stine and the rest of the Sound of North was entitled Slither.

“Our theme this year was Slither, a snake theme. We had a bunch of different ways that we portrayed this. We had different props that were snake baskets and we tried to represent ourselves as snake charmers and the guard were the snakes in the show. All of our visuals were snaky and smooth,” Stine said. “We also tried to portray the snake feel through the Middle Eastern music that we picked.”

Stine himself also added to the slithery ambiance as he was a featured soloist with various solo moments in all three movements of the show.

“It’s a big crowd and I had never done anything like that before in terms of the population of the crowd there. Not only was I nervous, but I was extremely excited for this opportunity to share my passion for saxophone with the audience there,” Stine explained. “That wasn’t just the first performance either, that was all year long that those emotions ran through me.”

Although it was due to these said emotions that Stine felt his performances were enhances through the season.

“There was more emotion in my playing when I realized that there were that many people listening,” he said. “Looking at all of those faces smiling and having fun and listening, it just felt great to share my music with them. I wanted to pack as much impact into my solo as I could.”

This season marks the end of Stine’s marching career, but his saxophone career is nowhere near over.

“I’m planning on double majoring in computer science and jazz music in college, which continues my career in music pretty well,” he explains. “A double major is a pretty hefty load but I’m looking forward to continuing my education in music, because I enjoy it a lot and I couldn’t see myself without it in the future.”