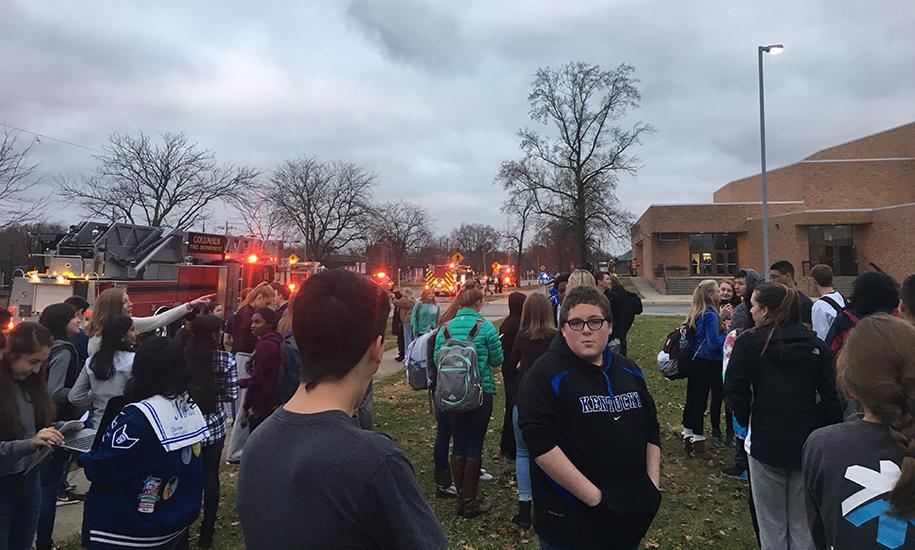 Due to fire, choir performance moved to cafeteria

A fire broke out early Dec. 5, due to a light malfunction in the auditorium. The fire caused students to evacuate for 15 minutes and for a complete hall shutdown in to second period.

The smoke damage from the fire will affect performances and concerts until late January. Most immediately the Winter Choir Concert had to be relocated.

“I’m very disappointed because I know this Winter Concert is very important to the community,”sophomore Brooke Rice said. “Now, we have a smaller area and can only hold 300 people instead of 500.”

The students were worried about the relocation.

“I am very upset that it’s moved to the auditorium,” freshman Baleigh Traylor said. “I was really looking forward to performing on stage.”