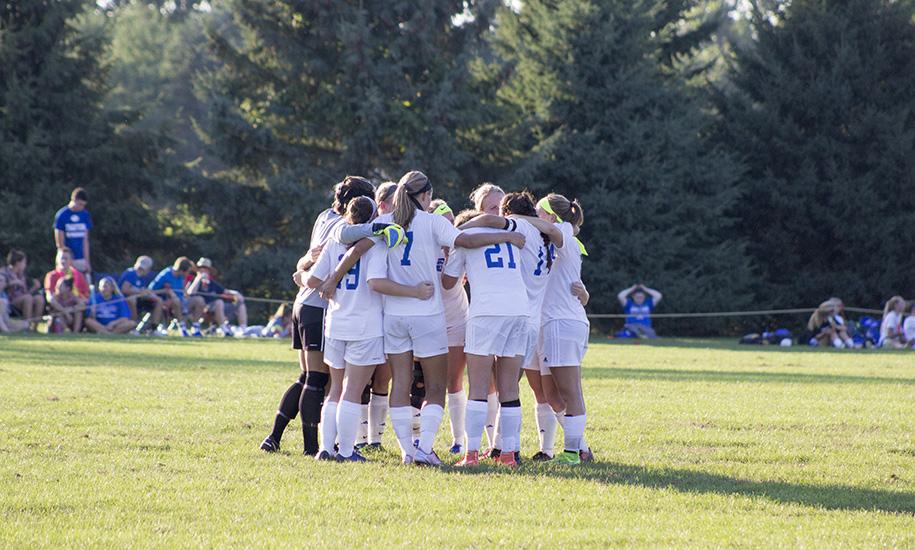 The men’s and women’s soccer teams advanced to their respective semi-states that took place Oct. 21.

“I think we played pretty well,” sophomore Christy Dedominic said. “We held them for a while, but they were just able to finish and we weren’t.”

Dedominic though dejected, is already looking towards the next season.

“The goal for next season would just be to improve and try to make it to the same place or even further next season,” she said.

In Jeffersonville, the men faced off against Evansville Memorial. The game went back and forth, before the Bull Dogs fell 3-2 in the penalty shootout.

Although the team lost, Beales is proud of his teammates.

“I have no regrets,” he said. “My team played like mad dogs and I couldn’t be prouder of my boys.”