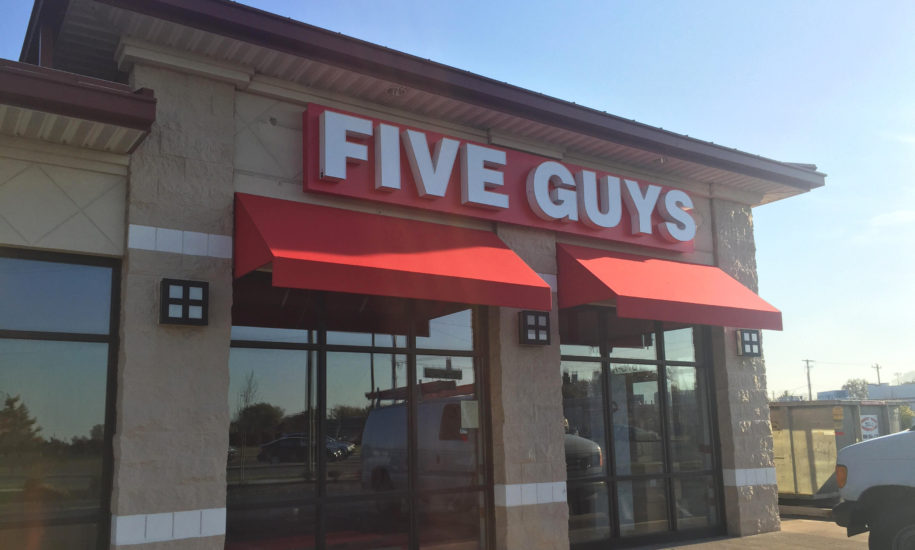 Looking to consume a burger, a bag full of fries and complimentary peanuts? Five Guys and their burgers and fries will be coming to Columbus soon. The company confirmed the opening of their new store in late August on Facebook.

“Hey Columbus Indiana!! Just wanted to clear up the anxiety. We will definitely be opening a store in the next few months. We thank you for all your patience and can’t wait to serve some great burgers and fries!!” Five Guys said.

Still, no official opening date has been posted. Their new location is on North National road, by Jimmy John’s and Target. The excitement among students for a new place to eat has transferred from Chic-fil-a to the opening of Five Guys. Junior Kailen Moats shares her thoughts on the new location.

“I love Five Guys so much because you get two patties on a burger instead of one,” Moats said. “Also, they have so many extra toppings that you can choose from with no additional cost.”

Their offered bacon milkshake might not be for everyone. Once it opens, Five Guys will be an off-campus lunch option. Their new location is a four minute drive from North.