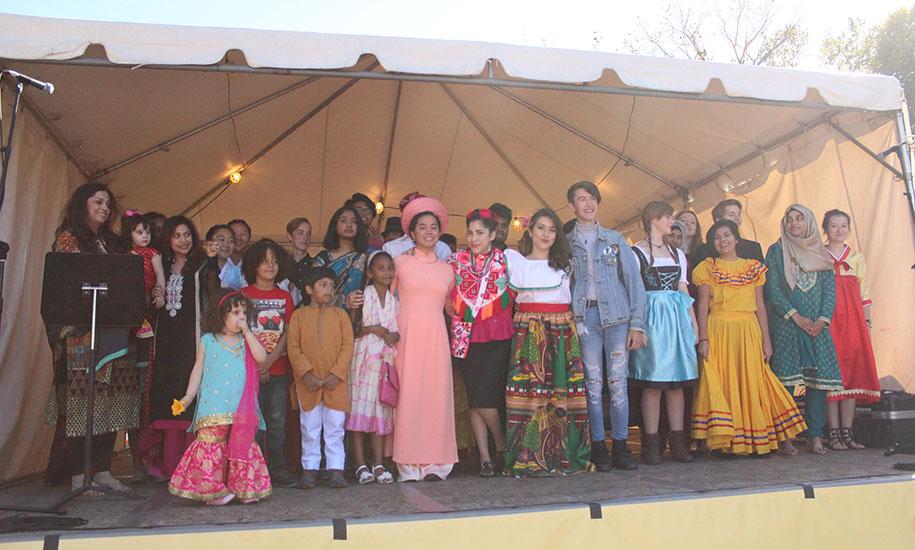 Oct. 8, 2016, Senior Tuyet Anh Erica Le with the help of 40 other people put on cultural diversity fashion show at the annual Ethnic Expo in Columbus.

Le prepared long and hard for this project because she felt that putting on a fashion show would spread knowledge on cultural diversity most importantly in the youth.

“The models in the show were mainly high schoolers from the area, and I think that because I had such strong youth participation, the show has encouraged youth to get more involved in learning about culture, heritage, and diversity,” Le said.

Not only does Le think her senior project helped the youth, but she thinks it also helped the community.

“I also think that it helped to empower cultural minorities in the area because of the representation of their cultures in the show,” Le said. “Overall, I think that the show helped to shine a light on the beauty of cultural diversity in the columbus area.”

Le explained that her interest was in shining light on cultural diversity can be traced to the lack of an official display of culture attire and how her fashion show would solve that.

Luckily, everything was in Le’s favor and her senior project was a total success.

“My timing was good, the weather was nice, the music was lovely, and my models looked wonderful,” Le said. “I am very happy with how my show turned out.”

Now that Le has successfully accomplished the main part of her senior project, she can check that off, but besides marking it as completed, Le can talk about the gratitude she feels for everything this school project has given her.

“I got to see the true beauty of cultural diversity through my project, and it’s a gift that I’m thankful for.”