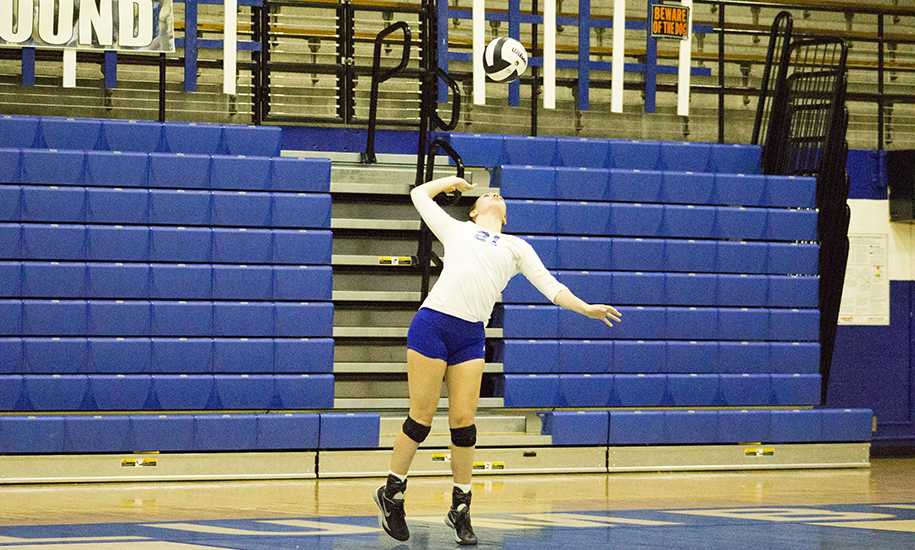 On Saturday, Sept. 3 the women’s volleyball team played in the North Central Invitational against three other Indiana schools. The girls went 2-1 in the tournament.

“As a team we tried to prepare by getting our energy up, but it was really early in the morning,” senior Mady Johnson said. “I feel like not all of us were fully awake and ready to play and that’s why we didn’t do as good as we should have.”

When asked how the team usually gets pumped up before their games, Johnson said, “We usually listen to music and sing ‘Halo’ by Beyoncé.”

Senior Imani Guy also brought up the famous pop hit when talking about getting ready for a game.

“Personally to prepare for the game, I just listened to music on the way there on the bus,” Guy said.

Johnson mentally prepared for the game as well.

“I prepared for the game by just going out there and telling myself I’m going to do good and get all of my serves in and have no errors on setting,” she said.

As a team, the girls prepared with scouting reports and went over hitter tendencies. Despite the few losses, both Johnson and Guy had personal highlights from the tournament. “I thought I did a good job of pressing over the net when blocking,” Guy said. “I got most of my serves in and I cut down on my setting errors throughout the day,” Johnson said.

The team’s next volleyball game will be away, against Franklin on Thursday, Oct. 6.