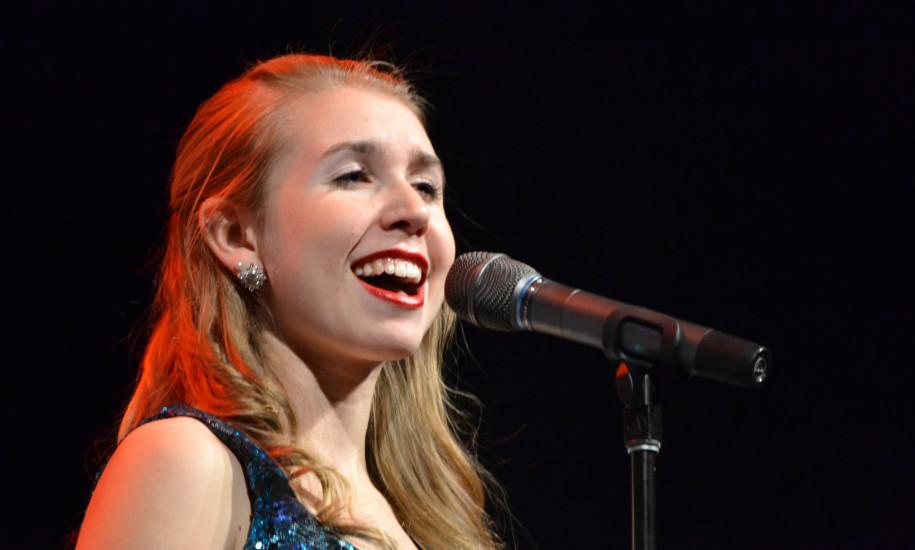 This Wednesday, the members of North Stars will put on their purple sequined dresses and wait in anticipation to perform in their first school concert of the year. Jazz, Festival chorus, North Stars, Concert Choir and Debs and Music Men will all be performing in their annual fall choir concert this Wednesday at 7:30 p.m. Senior Maria Fischer, president of North Stars, tells students what to expect from Wednesday’s North Stars performance.

“The theme is musical theater. The North Stars’ songs are love songs from the 1950’s era,” Fischer said. “The songs are Steam Heat, the Pajama Game and Steppin’ Out with My Baby from Easter Parade. The dances are very stylistic from the time period, with box steps and jazz hands, but [they] also have a fun and cutesy twist.”

The theme of the concert was influenced by the students, but Fischer believes choir director Janie Gordon chooses themes that will broaden their horizons.

“Janie is really open to suggestions, but she ultimately chooses the music,” Fischer said. “I think one of Janie’s main goals is to educate us about different styles of music and dance that we’ve never been exposed to.”

The choirs have been working on the fall concert since the school year began.

“We rehearse in and out of class,” she said. “Everyone has a video of the choir to practice from, at home. We [have] already had one early-morning rehearsal this year. I think we’re ready. Today is the first day we’ll rehearse without mirrors and it will be really telling.”

Fischer says she enjoys her responsibilities as President of North Stars.

“It’s fun,” she said. “I’m in charge of attendance and also vocal warmups when Janie is busy. I make some business announcements and I’m also the one to talk to Janie if there’s a problem in the group. I get input in office decisions like which dresses we get.”

Fischer encourages students to come to the fall choir concert this Wednesday at 7:30 in the auditorium. There is no ticket fee, but there is an optional $3 donation at the door.

“People should come to support their friends,” Fischer said.