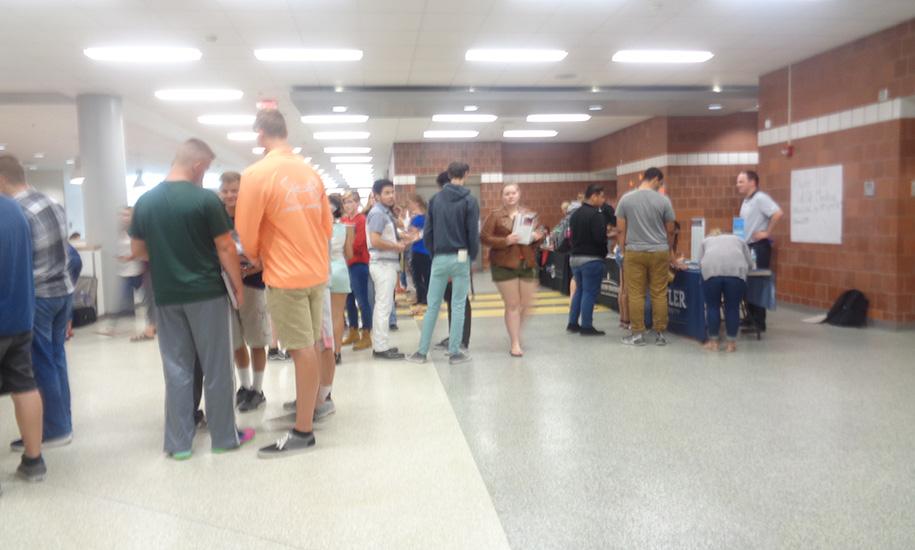 Kelsey shares about the one college she thought would be at the fair.

“The Chicago state of graphic design and art is a wide college and advertise here in Columbus so I thought they’d send a representative,” Kelsey said.

The fair lasted two class periods and the students who went got to eat lunch during sixth period.

“Overall I thought it was pretty good,” Kelsey said. “It was a really good thing to go and see.”

Some of the colleges that were represented at the fair were University of Evansville, University of Alabama, Lincoln College of Technology, Franklin College and about 54 others.