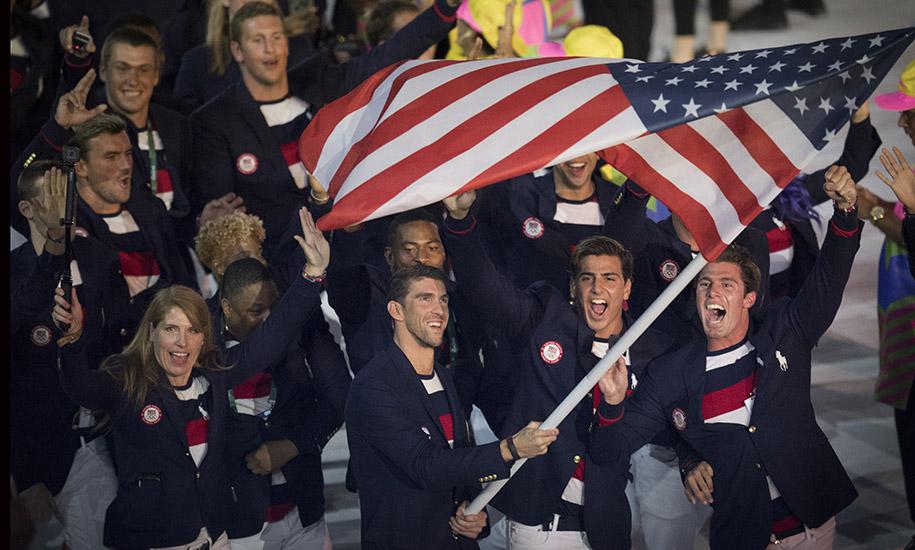 Once again the time has come when families sit down and watch athletes compete to win the gold medal and earn honor for their country. Starting off on the evening of Aug. 5, Brazil blew viewers away with a jaw-dropping opening ceremony depicting the history and founding of Brazil.

“The opening ceremony was different from previous years,” sophomore Hannah Blair said. “One of the most memorable parts for me were the bugs at the beginning and the people jumping between the buildings.”

Starting day one, all spectators were able to witness the drama and intensity of the french gymnast, Samir Ait Said, injure his leg during a vault performance and enjoy watching the USA teams dominate in women’s volleyball and air rifle shootings. So far, the USA has earned gold medals in many sports including swimming, gymnastics, and track and field.

“My favorite olympic sport to watch is probably Women’s Gymnastics because it’s close to cheerleading and I enjoy watching the floor routines and tumbling,” junior Sierra Drysdale said. “I think it’s so amazing how they can flip like that.”

For many viewers of the Olympic Games, the competition creates a sense of pride for their country.

“There’s something about watching the Olympics,” sophomore Anna Holle said. “It just makes me feel so patriotic.”