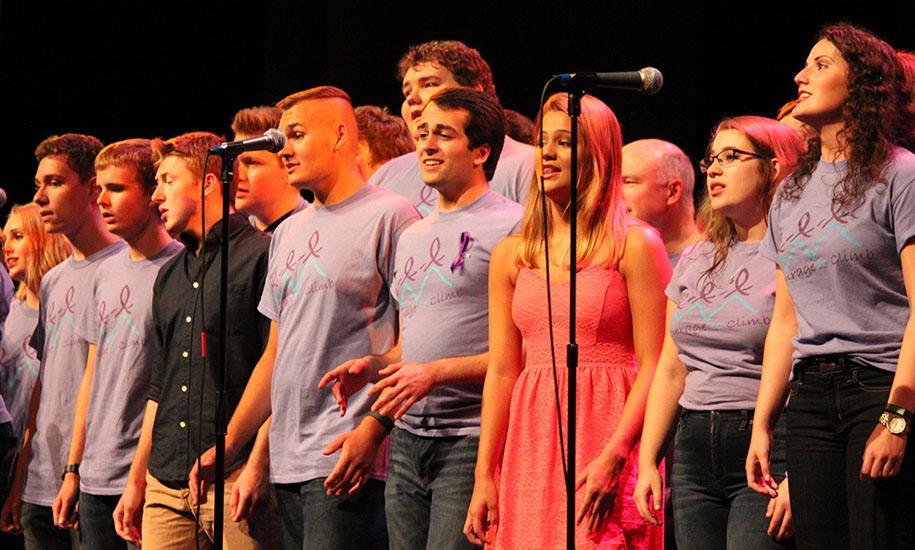 Walking into the auditorium with my best friends, I’m suddenly overwhelmed with the lights shining on the stage. As I take my seat, I hear footsteps grow louder and louder until silence fills the room. All eyes are on stage and a sweet sound fills my ears.

Courage to climb was Saturday, Aug. 13 and it was a fundraiser to help support cancer research at IU.

Students and community members auditioned in late May and have been rehearsing over the summer.

“The choir sang songs like Bridge Over Troubled Water, Raindrops Will Fall and Man in the Mirror,” junior Nathan Patton said.  “We had multiple people do solos and small groups as well.”

The event was open to everybody in the community. “A great amount of people showed up. Lots of parents, friends and familiar faces of the community. Enough to fill up the first two sections,” sophomore Leah Rodriguez said.

“This was my second Courage to Climb,” Rodriguez says.  “It was so much fun being part of this touching event.”