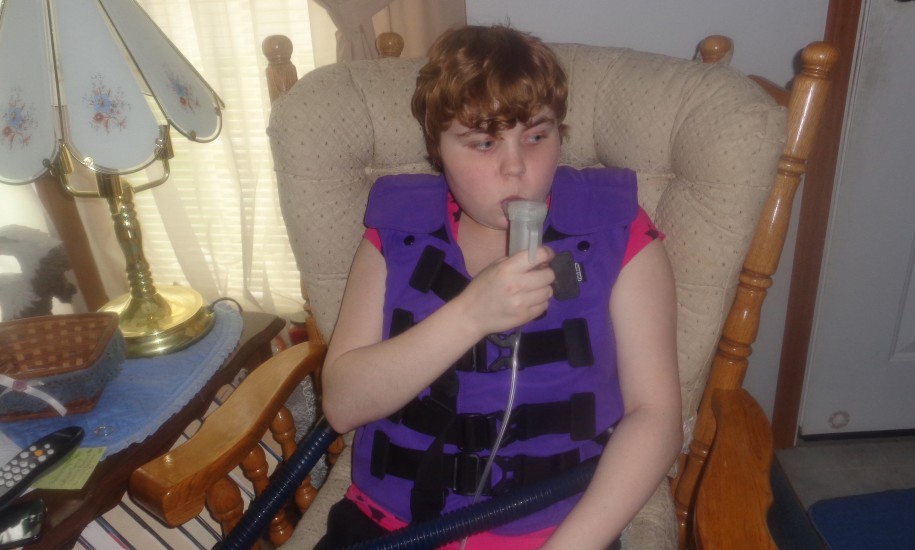 Cystic Fibrosis is a genetic disorder, also known as 65 Roses. Cystic Fibrosis makes mucus build up in the lungs, pancreas, and most of the systems. It can also cause the heart to enlarge. People with CF have salty tasting skin and a lot of salt in their sweat. Sometimes people with Cystic Fibrosis can have a hard time walking, eating without pills, digesting foods, being able to breathe normally. There are many forms of the CF mutations. Most people who are carriers with the gene don’t ever know it. Sometimes you can go your entire life without knowing you’re a carrier because the carriers don’t have the full gene of Cystic Fibrosis which means they won’t have symptoms. Carriers only have one type of the mutation and it takes two genes.Treatment plans help people with CF maintain their health so they can live longer, more fulfilling lives. Although every treatment plan is unique, comprehensive CF treatment plans usually include quarterly visits to a CF care center. The treatments can include airway clearance techniques, nebulized medications, nutrition therapies and a fitness plan.

I’ve had Cystic Fibrosis from the day I was born. No one knew I had it or it even existed until I was diagnosed with it at three and a half years old. I don’t remember much of when I was tested or found out. I didn’t know I had it until I was five years old. After finding out I knew my life wasn’t going to be easy. I never acknowledged the disorder I had. If anyone asked me about my health I would always say everything was normal. I didn’t realize how much it actually affected me. As I was learning that I had something wrong with me, I began refusing to take my treatments. I would run and hide when I was supposed to be taking them. When I was 4 years old I was in the hospital more than I was at home. I had to spend a lot of time at Riley Hospital in Indianapolis.

By the time I was in second grade I was making rounds again back and forth from hospital and home. I had my first Lung Infection, MRSA (Methicillin-resistant Staphylococcus Aureus). Ever since then, my lungs have not been working as well as they should. Before that infection I once hit 100% lung function, but never have since.

I went into the hospital for the flu in 4th grade and I was sent to the ICU overnight. I wasn’t sure what was going on or how to react. That night in the ICU, my nurse gave me a blanket and  ever since then I’ve always brought that blanket with me to the hospital. I was back in the hospital in fifth and sixth grade for 10 days. When I was there in fifth grade I had a terrible allergic reaction to one of the medications. In seventh grade I was in and out of the hospital every month. Eighth grade the doctor first mentioned the transplant list and  I was calm on the outside, but in my head I was screaming. I wanted to break down. I was getting weak and realized that I wasn’t as strong against this fight that I’ve been letting on. Everyone always tells me I’m strong, but its hard to stay strong when you are scared. I was hoping it would get better, but I knew  it was only going to get harder from there on.

The next time I went to the hospital was my freshman year. I was in the hospital for possible pneumonia. I had the lowest lung function I’ve ever had, it was only 46%. I was on oxygen for four days and afterwards my body still wasn’t up for much work. It was struggle to do anything. I was able to return to a stable lung function, but seems like I’m getting closer to being put on the transplant list. Now I can’t do as much as I used to without getting out of breath. I can’t walk a far distance, go up many stairs, run, or anything.  After a while, when I was a little better, I went into surgery for a port. I still have the port and it is working perfectly fine. It’s been making my hospital stays a lot easier. Once I’m over 18, I’ll be able to put the medications through the port myself and take care of myself in the comfort of my own home without a problem.

This year the FDA and my doctor approved me for the new medicine that was made specifically for the mutation of CF that I have. Ever since I started the medicine, I’ve been slowly getting better. While living with this life long struggle, I’ve never taken anything for granted. People might take breathing for granted, but I’m happy for every breath I can take. I enjoy every minute I’m alive and healthy. Hopefully one day they will find a cure. If they do, it will feel like a new world. I’ve lived my entire life this way, but I’d never turn down the chance for one day to live without it. To not have to do all my treatments and normal routines and to live my life normal. Maybe one day that will all come true.