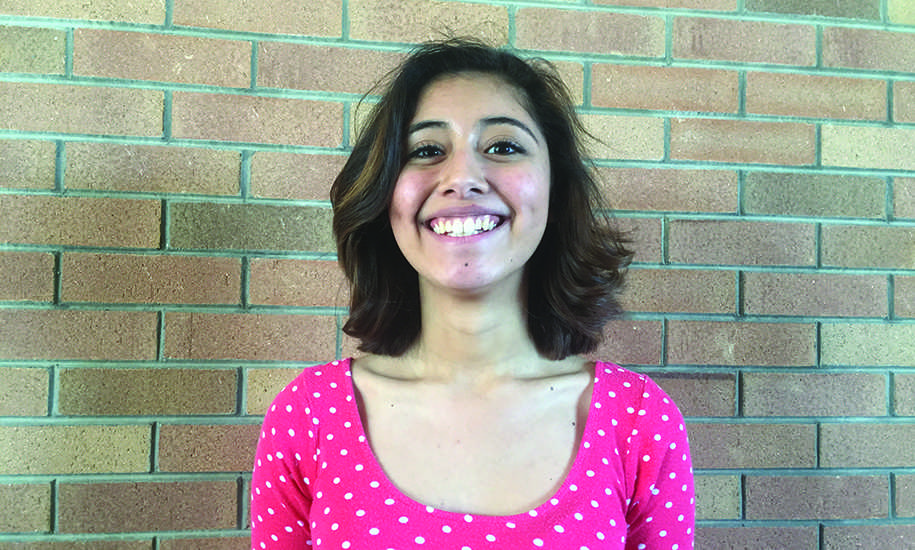 Getting Starred to be a Star: Thespian Initiation

Have you ever noticed on North Drama show programs some people have an asterisk next to their name? This symbol indicates membership in the International Thespian Society, something sophomore Maria Sanchez, along with many other students, have worked towards.

Each year, many people are involved in North Drama Productions. Whether they are on stage, managing lights or are behind the scenes, it takes a team to put together a production. As a way to honor those who make the shows happen, students can be initiated into the International Thespian Society. North’s Thespian Troupe #57 was granted to North in 1938 and is now one of over 5000 other international troupes of high schoolers that put together shows.

“We have a thespian society so that people that work hard in theatre get recognized by being initiated,” Sanchez said. “I think it will get me more involved with the people and help me get more roles in the future.”

A student can be initiated after working on many productions or holding large roles. Students have to gain 10 theatre points to be inducted, which they receive based on how many productions they have been in, how big of a role they played or position they’ve held and their extent of involvement with theatre. Each point is equivalent to about 10 hours of work, with initiation being reached at 100 hours.

This year, 24 people are being initiated, ranging from freshmen to seniors. To be initiated, Sanchez was involved with technical aspects of theater and also held roles.

“I actually did more of tech and crew to get my points, but in Grease I was in the ensemble and then in showcase I played the role of Betsy,” Sanchez said.

Initiation this year is on Thursday, May 19th at 5:30, but it is a private event. There is a cloud of mystery surrounding the process of initiation because those initiated are always sworn to secrecy.

“I was told to bring an extra set of clothes and that it can get ‘quite dirty’. I think they’ll make us clean and dust the basement,” Sanchez said. “I think it’s kept secret just for the humor and to make us more curious and want it more. I’m so excited to be initiated!”

Following Thespian Initiation will be the North Theater Awards, which will be on Thursday, May 26 at 6:30 in either the auditorium or the cafeteria. Everyone involved in theater is invited to come and recognize their newly initiated classmates.