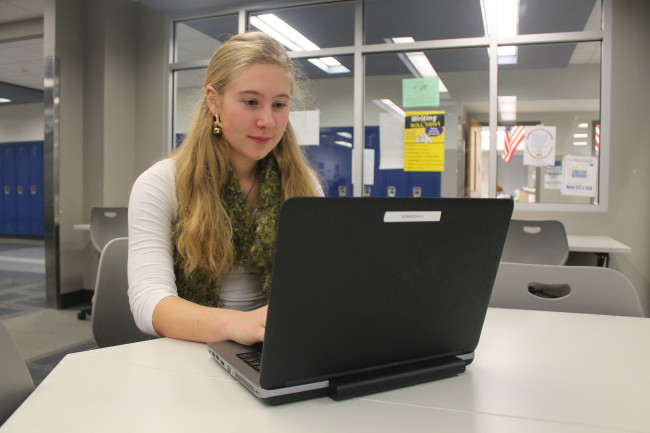 With the onset of the winter season, upcoming semester finals are the cause of much preparation in classes. However, students like junior Erin Brown are also studying for other approaching exams, such as the SAT, as another set of testing for the SAT occured this Saturday. Though she plans to take the exam later, Brown has been studying for the important test.

“I’ve taken the PSAT a couple times and I’m taking an SAT prep course online. It is my first time actually taking it, so I hope it goes alright,” Brown said. “But if it’s similar to the PSAT, I think it’ll be okay.”

Despite the difficulty of the test, she isn’t too nervous.

“Since they’re redesigning [the SAT] this year, all the colleges ask for my class to take two one of the old and one of the new, so I’ll take the redesigned SAT in May,” Brown said.

The third SAT testing session of the school year was held at North Saturday, Dec. 5.