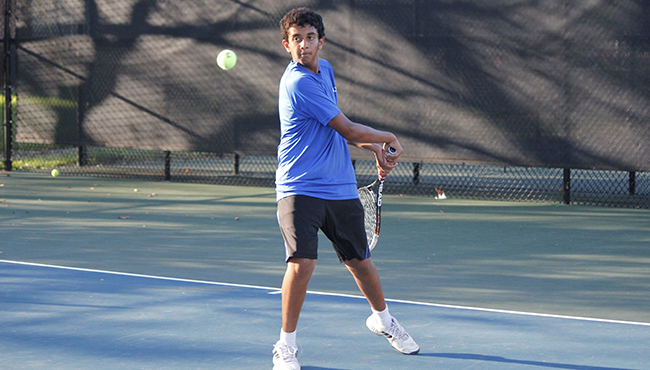 Tennis gets ready to take on the Olympians

The annual North vs. East rivalry is not over yet. The men’s tennis team will be competing against Columbus East on Wednesday, Sept. 2.

“I think that it will be a tough match but I believe that we can win as a team,” sophomore Akshaya Sabapathy said. “I think that I will play pretty well against them.”

Senior Kevin Luo explained how the team has been preparing for the upcoming match.

“We have been playing challenge matches as usual,” Luo said. “The biggest thing we’ve been working on is trying out a number of different doubles combinations to try and match up against East well.”

The match will take place at home and will start at 5 p.m.